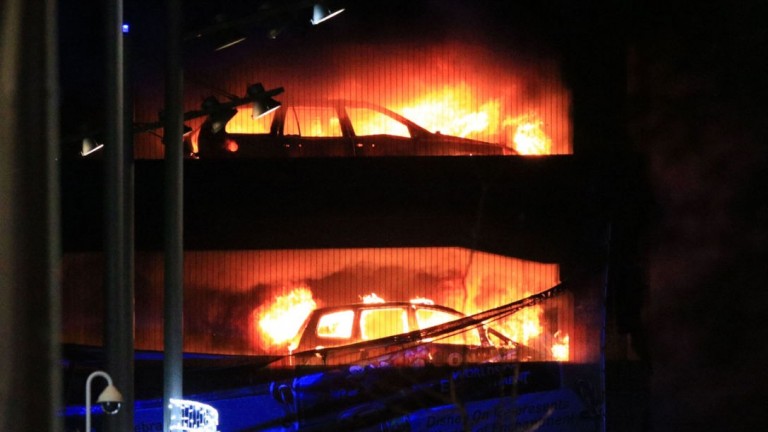 Vehicles burn during a blaze at a multi-storey car park at the Echo Arena on Liverpool's waterfront
Peter Byrne
1 of 1
By Mark Scully 2:30PM, JAN 1 2018

Staff at Aintree racecourse stepped in at short notice on New Year's Eve to stable 20 horses that had been evacuated from the Liverpool International Horse Show following a huge fire in the city.

Horses taking part in the show were being stabled in an area of a car park that went up in flames on Sunday, with the devastating blaze thought to have destroyed as many as 1,400 cars.

No people or horses were hurt but with many of the competitors from the show having travelled from overseas, there was an immediate question as to where they could be housed.

"I rang [clerk of the course] Andrew Tulloch to say we would probably have to stable some horses, then I called my stable manager, who was on the way to the show with her daughter to watch," Sage said. "She turned around to get everything ready and within an hour horses were arriving.

"I contacted the show's organisers to say we had 160 stables ready and waiting if they needed them but luckily, with it being the last day of the show, a lot had already gone home. A lot of the horses left were based in this country and so could just be taken home but we had a lot of internationals too, so it was pretty full on." 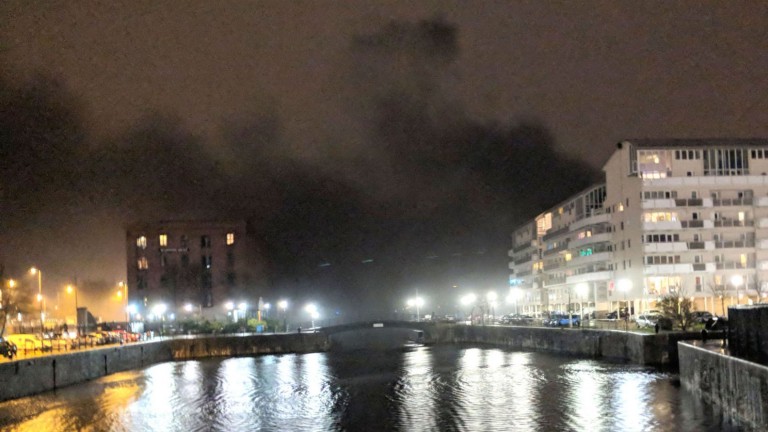 As well as praising her staff, Sage was also grateful for the support of the local community, with people offering supplies such as rugs, as well as offering spare rooms for those who had travelled with the horses.

"It was similar to the bomb scare [on Grand National day in 1997], when people offered their houses. I had numerous messages offering spare rooms if anybody needed them," said Sage.

"It was the least we at the racecourse could do but fair play to my girls. They did a great job, gave up their new year and are still there with the horses now."

FIRST PUBLISHED 2:30PM, JAN 1 2018
It was similar to the bombscare, when people offered their houses. I had numerous messages offering spare rooms if anybody needed them