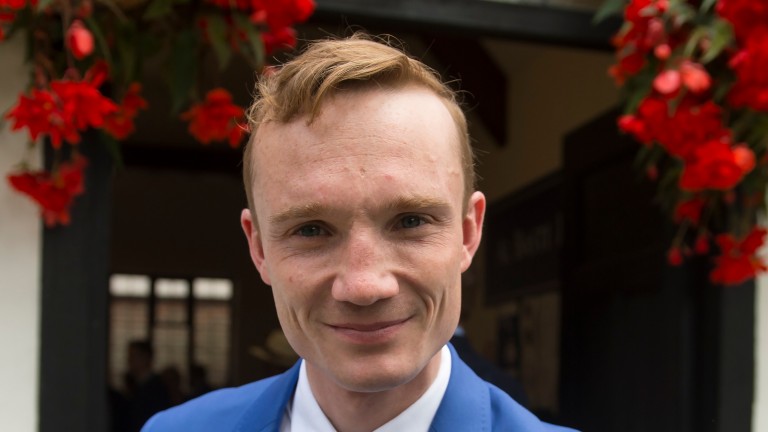 Freddy Tylicki: "There's only two ways you can go in this situation and I've decided to go forward"
Edward Whitaker
1 of 1
By Nick Pulford 6:03PM, NOV 29 2016

A charity event in Newmarket on Saturday evening raised more than £11,000 for stricken jockey Freddy Tylicki.

The fundraiser at Kings bar and restaurant featured a raffle and auction with more than 30 lots, including a five-day holiday in Ireland and a signed print from trainer Aidan O’Brien of his first three home in this year’s Prix de l’Arc de Triomphe.

The auctioneer was trainer Mick Quinn and, with no Flat racing the following day, the event was well supported, with many stable staff able to attend.

Paul Clarke, Tylicki’s agent, was grateful for the latest show of support from the racing community following the fall at Kempton last month that left Tylicki paralysed in the lower half of his body.

“I was with Freddy on Monday and he was asking me about the night,” he said. “He thought it was amazing that people went to such efforts to raise money for him and he asked me to pass on a huge thank you to everybody on his behalf.”

Clarke added: “It was a great turnout and I’d like to thank Mary Archdeacon for organising the evening and Mick Quinn for doing a sterling job as auctioneer. Thanks also to Kings for providing a venue on a Saturday night and for the donation they made.”

Contributions to the Freddy Tylicki fund can continue to be made via the Injured Jockeys Fund.

FIRST PUBLISHED 6:03PM, NOV 29 2016
Freddy asked me to pass on a huge thank you to everybody on his behalf