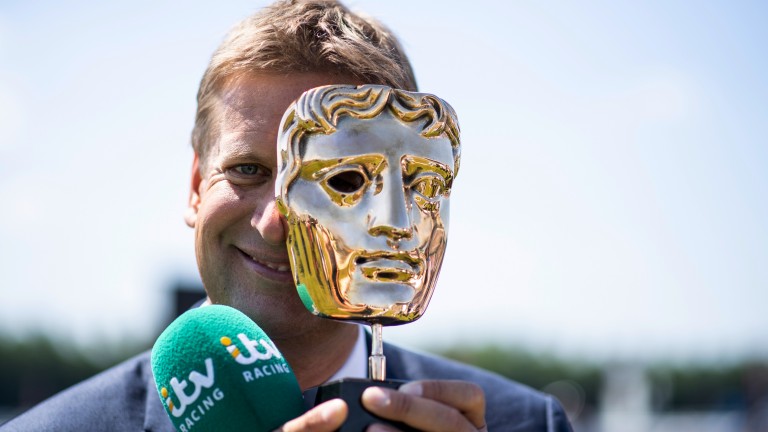 The card, which features the newly upgraded Group 3 Hoppings Stakes for fillies and mares, will be live on ITV4, with the broadcaster taking advantage of a blank day during the Fifa World Cup schedule.

Mark Demuth, controller of ITV Sport Production, said: "We were delighted with how well the Sandown fixture was received and adding Newcastle in among our ITV coverage of World Cup matches will mean that we can cross promote racing even more."

An audience of around 400,000 tuned in to watch the Brigadier Gerard fixture, and ITV Racing is riding the crest of a wave following the news that last weekend's Derby day figures peaked at 1.8 million, the highest since 2013.

ITV Racing's audience figures for live raceday coverage are up nine per cent year on year, with an average audience figure of 550,000 across both its main channel and ITV4.

The team's efforts were recognised with a Bafta for their 2017 Grand National coverage and, as a indicator of the backing ITV Racing has within the company, senior live director Paul McNamara will return from the World Cup to oversee the Royal Ascot meeting.

Every race from Royal Ascot will be available on either ITV or ITV4, and Johnny Murtagh will be part of the live racing team for the five-day summer highlight.

FIRST PUBLISHED 9:04AM, JUN 5 2018
We were delighted with how well the Sandown fixture was received