Newbury assignment for Master Tommytucker with Cheltenham off the agenda 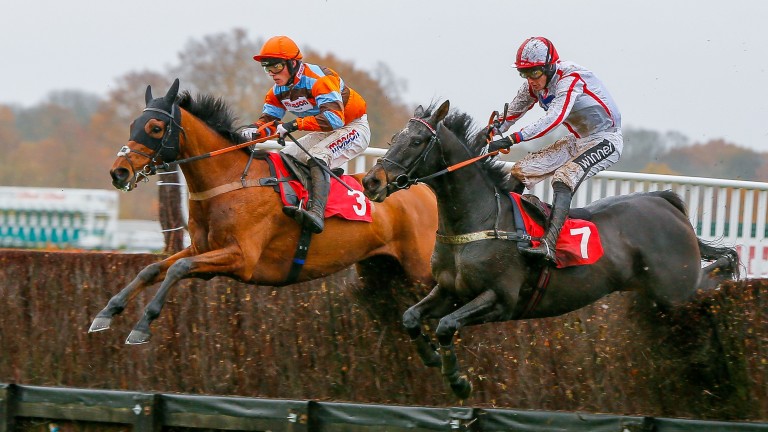 Master Tommytucker (left) jumps the last to beat Who Dares Wins at Kempton on his sole victory over fences
Mark Cranham (racingpost.com/photos)
1 of 1
By Tommy Churchyard UPDATED 6:42PM, FEB 27 2020

Master Tommytucker will head to Newbury on Saturday with Paul Nicholls resisting the temptation of running the nine-year-old at Cheltenham or Aintree.

The novice chaser was cruising at Kempton on Saturday before falling four from home – the same fence he tipped over at when in contention in the Grade 1 Kauto Star Novices' Chase on December 26.

His form figures read F1FF since going chasing and Nicholls remains perplexed at Master Tommytucker’s inability to replicate his jumping at home on the racecourse.

“I don’t know what it is, a lack of concentration almost,” he said. “He can flipping jump, we’ve had him schooling over everything this week. He’s got a brilliant jump in him, he just makes one stupid mistake.

"Whether something catches his eye like it did the other day at that fence twice when he was going quite well, I don’t know. No matter what we do with him here he jumps really, really well – he doesn’t bat an eyelid.

“He’ll run at Newbury on Saturday and even if he wins there he won’t go to Cheltenham, it would be unfair to ask that of him and it would be a bit of a PR own goal if he went upside down there given his record. I would rather get some experience into him on some smaller tracks.

“Bryony [Frost] will ride him so he’ll have a new jockey, as Harry is going to Doncaster, and sometimes some change can work.”

Nicholls is determined to persevere with the lightly raced Master Tommytucker – who is unbeaten when staying on his feet – with Ayr being his likely end-of-season target.

“I don’t want to go back over hurdles because he’s nine and we’ll end up going back to square one again,” Nicholls added. “We’ll try and find some small races for him, hopefully ending up somewhere like Ayr.”

The champion trainer also gave an update on Cyrname – the highest-rated chaser in training – who has been sent to Newmarket for a bone scan.

Nicholls is expecting Cyrname to run once more towards the end of the season, providing the vet gives him the all-clear. 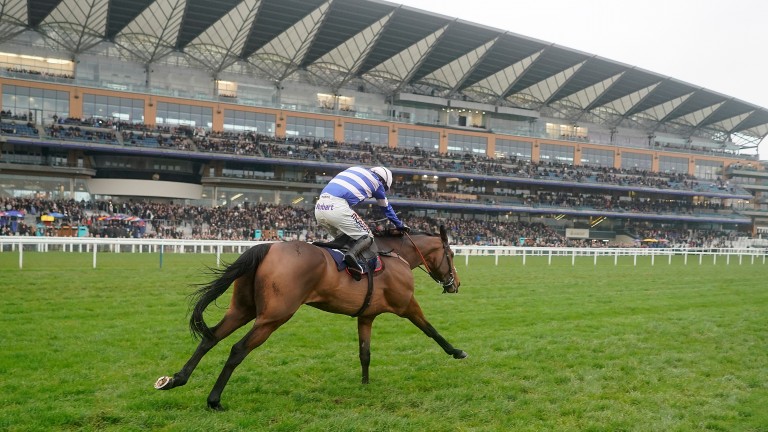 Nicholls said: “Ever since he ran the other day he’s been 100 per cent fine, his blood was good and he’s never had an issue. We just thought before training him we’d send him for a once-over to make sure we’re not missing anything.

“If there's something wrong it's minor. He could possibly go to Aintree but it wouldn’t worry me if we went to the Oaksey Chase at Sandown to give us plenty of time to get him right. But we haven’t made a plan yet, we’ll see what the vets say.”

FIRST PUBLISHED 6:28PM, FEB 27 2020
Bryony will ride him so he’ll have a new jockey, as Harry is going to Doncaster, and sometimes some change can work