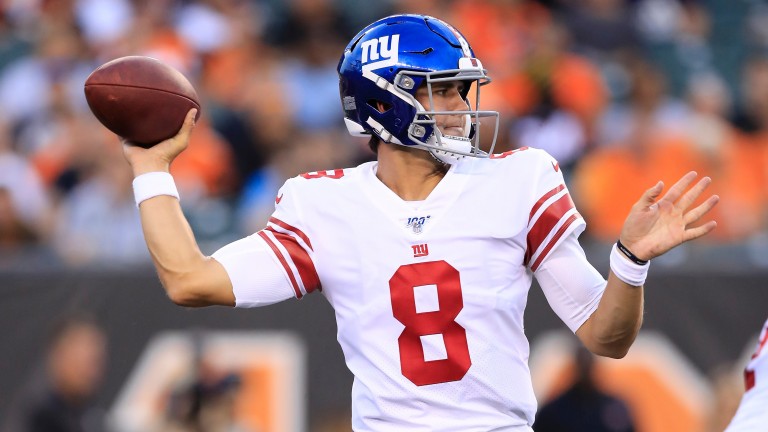 The state of New York has announced the operators who will receive mobile sports betting licences
Andy Lyons (Getty Images)
1 of 1
By Bill Barber, Industry editor UPDATED 9:11AM, NOV 10 2021

The US arms of European gambling giants Entain and Flutter were among the winners when regulators in the state of New York announced the operators who had received mobile sports betting licences there on Monday night.

The decision is the latest landmark event in the rapidly expanding US market, but analysts have warned that tax rates in New York, the joint highest in the US, will mean operators will find it hard to be profitable.

In all, nine operators received licences split between two consortium groups, with Flutter's FanDuel leading one group which also included Entain's joint venture BetMGM and DraftKings, the three main players in the US. Bet365 were among the unsuccessful candidates.

No timeline was given for the market to go live, although it is hoped bets could be taken in time for the Super Bowl in February.

New York is one of the largest and most important sports betting markets to have opened up in the US since the Supreme Court struck down the ban on sports betting in 2018, with estimates that annual revenues could hit $1 billion.

However, operators will be taxed 51 per cent of their revenues, which Gavin Kelleher, gaming and leisure analyst at stockbrokers Goodbody, described as a "big negative".

He added in a note: "This is likely to lead to lower levels of marketing and promotional activity in the longer run. For us, the only operators longer term that are likely to be able to turn a profit [or not lose significant sums] are the national scale players such as FanDuel, BetMGM and DraftKings."

Analysts at fellow Irish stockbroker Davy were more optimistic, saying on Tuesday that New York "can still be a valuable contributor to US sportsbook profits".

They added: "Longer term, the hope is that the structure of the market can be improved if and when it becomes apparent the tax take for the state exchequer can be optimised via a different approach."

Neighbouring New Jersey had been pivotal in getting the ban on sports betting outside a handful of states overturned, and it is estimated that people crossing the border from New York have been responsible for around 20 per cent of betting there.

FIRST PUBLISHED 4:30PM, NOV 9 2021
For us, the only operators longer term that are likely to be able to turn a profit are the national scale players