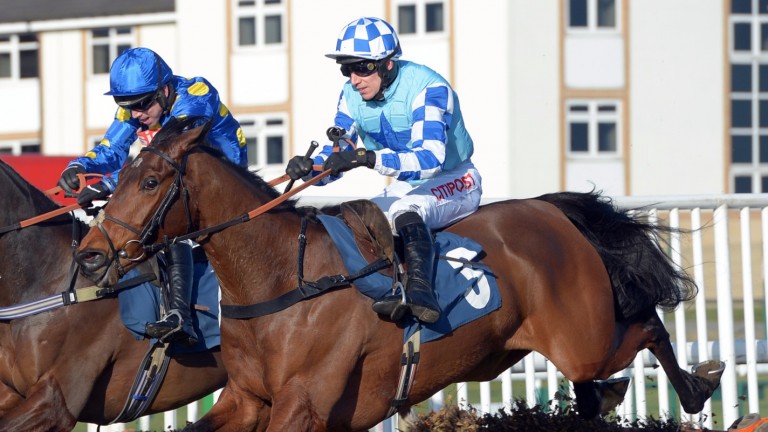 Double Shuffle will bid to further cement the developing partnership between Tom George and Adrian Heskln when he lines up in Saturday’s £160,000 BetVictor Gold Cup at Cheltenham.

Heskin, who succeeded Paddy Brennan as first jockey to George in September, has already made a huge impression, highlighted by last Tuesday’s Haldon Gold Cup victory for his new boss aboard Sir Valentino, the pair getting the better of champion jockey Richard Johnson and Garde La Victoire in a thrilling finish at Exeter.

Double Shuffle, an unexposed six-year-old with scope for further improvement, has been laid out for the highlight of Cheltenham’s three-day Open meeting, and George believes he will give Heskin another good ride.

“Double Shuffle has enjoyed a good preparation and developed physically since last season,” the trainer said.

“He's young and lightly raced, and I’m sure there's more to come. He was quite immature last season but has grown up mentally as well.

“He jumps and travels well and looks the right sort for the race, which has always been the plan.”

Double Shuffle warmed up for his big target with a highly encouraging head second to the Paul Nicholls-trained Art Mauresque at Chepstow last month.

“He took a blow at the end of the back straight that day and finished strongly after getting his second wind,” George revealed. “He’s come on a lot for the run and is in good form.”

George is delighted with the start Heskin has made since relocating from Ireland early in the autumn.

“Adrian is a great horseman, horses jump well for him,” he said. “He's still very young but has gained plenty of experience.

“He understands the game and horses run for him. He’s a natural and I’m thrilled to have him on our side.”

Double Shuffle is generally 8-1 third favourite for Saturday's big race, behind 6-1 joint-market leaders Frodon and More Of That.

FIRST PUBLISHED 5:19PM, NOV 8 2016
He jumps and travels well and looks the right sort of horse for the race, which has always been the plan