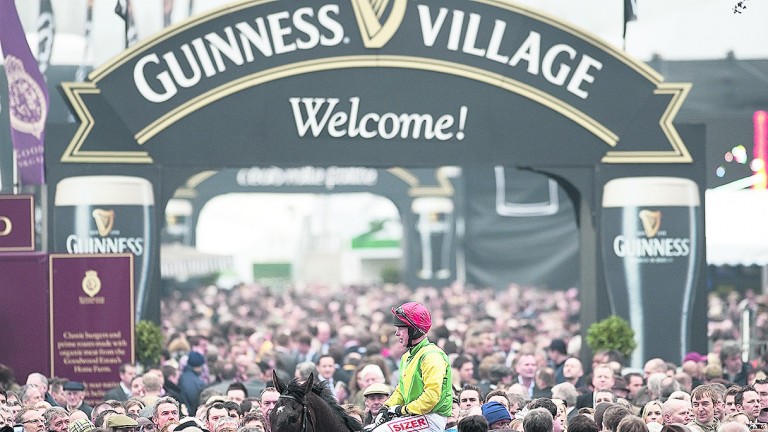 Safety and security is being stepped up for the Cheltenham Festival next month with the local council introducing new measures to clamp down on drunken behaviour, touts and street sellers around the town and racecourse.

Anyone thinking of selling scarves and hats in Rich Ricci, JP McManus Jean Bishop or Brocade Racing colours around Cheltenham during the festival will need to think again.

For the first time anybody distributing free promotional material – including flyers, newspapers, stickers, scarves and hats – during the course of festival week must apply for a permit.

Cheltenham council and the police will also be cracking down on ticket touts operating on public land and the sale of counterfeit tickets.

This year police will not be the only authority able to deal with drunken behaviour in the town as celebrations or drowning sorrows continues into the night.

Council officers will be empowered to issue on-the-spot fines to anybody who refuses to cease consuming alcohol if asked to stop and/or refuses to surrender a container with alcohol.

Ian Renton, managing director of Cheltenham, said: “We're very pleased to have a strong relationship with the police and council, which has enabled us to work together on the areas around touts, excessive drinking, illegal taxi activity and commercial flyering.

“We recognise the importance of all parties working together to minimise the disruption to local residents during the festival, while at the same time providing a safe and enjoyable week for our 260,000 customers.”

Taxi activity will be monitored carefully to ensure the safety of the public and that taxi drivers are not unlawfully plying for trade.

Inspector Roddy Gosden of Gloucestershire Constabulary said: “In the town itself we’ll be running increased patrols, particularly during the night-time economy, to help keep people safe and for the first time we'll have a base at the former tourist information centre in the promenade. Members of the public can come and see us there if they have any problems or concerns.”