New broadcaster out to grow audience through cross-promotion 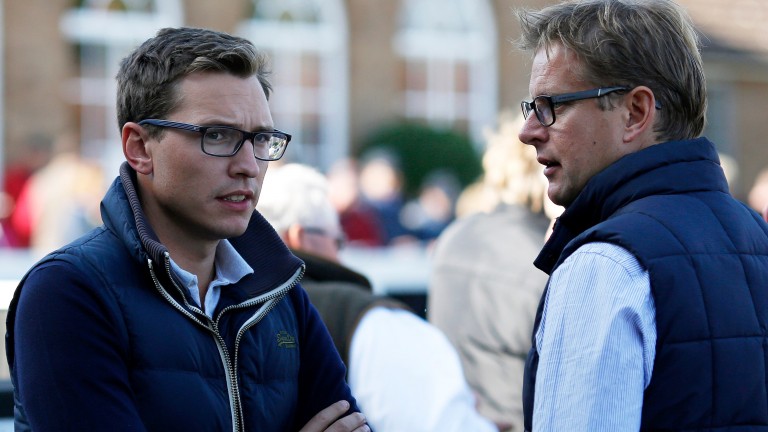 ITV will take horseracing to a wider audience with cross-promotion through shows such as This Morning and Loose Women, the controller of the broadcaster's sport production, Mark Demuth, said on Thursday.

The channel has already begun pushing the new coverage, running an advert during half time during last week's England v Scotland match which was seen by nine million people.

However, Demuth would not put a figure on how big an audience it is hoping to get once it takes over from Channel 4 in a four-year deal starting on January 1.

Demuth and ITV senior director and head of major events Paul McNamara updated racing figures of their plans for the coverage at the RCA showcase seminar at Doncaster.

That included the presenting team, with plans to base main presenter Ed Chamberlin in the parade ring, a host for the day in the style of "Des Lynam or David Coleman", and no intention to "rein in" Matt Chapman.

After the presentation, Demuth said they hoped to bring racing to a wider audience in the run-up to the sport's "high days" through other ITV programmes.

"We are trying to engage other shows, the BBC do that promotion well with other shows so that's what we need to do as well," he said.

"So we need to have racing not just isolated in that four-hour window on a Saturday afternoon or midweek, it needs to percolate throughout the rest of the shows.

"We are not kidding ourselves that we are going to have racing slots on This Morning every day, but around the big events we want to join up with racing."

Low viewing figures for some of Channel 4 Racing's coverage had caused concerns within the sport. However Demuth said: "We are not going to put figures on the audience. It's a bigger profile and a wider audience, so it's things like people hearing about racing in those other shows.

"A longterm aim is that would then lead to a bigger audience. But we never put figures or expectations on an audience, that we are going to go for x or y.

"Audiences fluctuate up and down but if we can boost the profile of the sport you would hope audiences would be good."

McNamara said there would be a balancing act between not alienating the existing audience but bringing a new audience to the programme.

Chamberlin will be based in the parade ring and the coverage will not return to a studio for more analysis. "We want to be outside," Demuth added.

Demuth also said they would not be restricting Chamberlin's fellow presenter Matt Chapman.

"There's no point hiring someone and then telling them to be a different type of broadcaster, what would the point of that be?" he said.

Preparations for the first programme from Cheltenham and Musselburgh have got to the point where running orders are being prepared.

Demuth said: "Things have been gathering speed. Just about all the plans are in place, just a few sign-offs are needed now.

"We had a test event four weeks ago that went really well and so now we can't wait to get going."