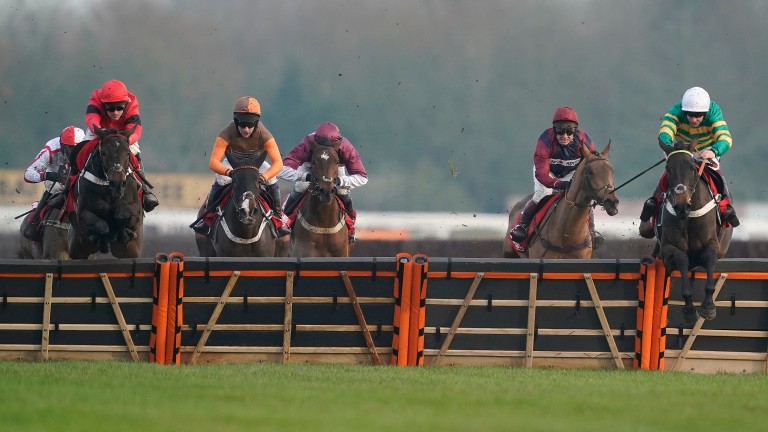 Nicky Henderson hopes to field three strong candidates for the Ladbrokes Christmas Hurdle at Kempton on Boxing Day, with the highly progressive mare Epatante now confirmed as an intended runner alongside Fusil Raffles and last year's winner Verdana Blue as the stable bids for a remarkable ninth win since 2000.

Henderson has ruled 2017 winner Might Bite out of the Ladbrokes King George VI Chase the same day and is resigned to not having a runner in the race unless Altior surprises him in his next bit of work.

However, the stable's two-mile hurdlers are doing him proud, despite the likely long-term absence of dual Champion Hurdle winner Buveur D'Air, who was injured when second in last month's Fighting Fifth Hurdle.

Epatante, popular in the Unibet Champion Hurdle betting after her reappearance win in a competitive intermediate handicap hurdle at Newbury, is ante-post favourite in most lists for next Saturday's Betfair Exchange Trophy Hurdle at Ascot, but she has been raised 13lb to a mark of 150 and Henderson is no longer looking at handicaps.

He said: "Epatante is almost certain to run in the Christmas Hurdle, so we could have three runners there. That's definitely the plan at the moment, and she'll be joining Fusil Raffles, who has come on a hell of a lot since his win at Wincanton, and Verdana Blue."

Verdana Blue caused an upset in last year's race when beating Buveur D'Air, and Henderson is delighted to have her back at Seven Barrows after her recent trip to the sales, where she was bought by Michael Tabor for 370,000 guineas and returned to Seven Barrows.

Henderson said: "Verdana Blue worked well on Saturday and it's great to have her here still as she's a real friend to us and has been spectacular. Of course, she had her ground last season and she's not as good in the soft, but you always have a better chance of getting it at Kempton."

The stable's Christmas Hurdle plans underline the strength in depth Henderson has at his disposal in that sphere despite the prolonged absence of the horse he has described as his "number one gun".

There was also a great deal of encouragement to be had from dual Grade 1-winning juvenile Pentland Hills' return in Saturday's Unibet International Hurdle behind the stable's Call Me Lord, who confounded the long-held assumption that he needs to go right-handed and is himself no bigger than 16-1 for the Champion Hurdle. 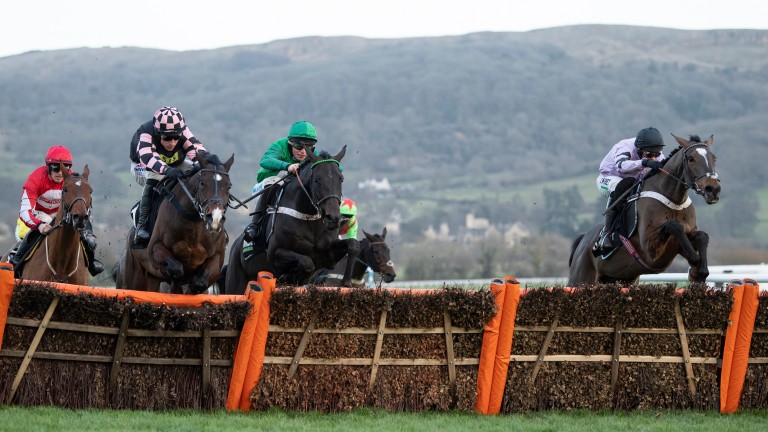 Henderson said: "The good thing about Call Me Lord is we now know he can go left-handed, but he's not going to go anywhere before the new year and nor will Pentland Hills.

"I was very pleased with Pentland Hills because I thought he came through like the best horse in the race and just needed it. He travelled very well and jumped beautifully. There's tons more to come from him."

With wins also from Chantry House, Pym, Mister Fisher and Dame Du Compagnie over the two days of Cheltenham's December meeting – none of them older than six – it was another excellent weekend for the stable despite key members of the team being indisposed or not quite firing.

Henderson said: "The last three weekends have all been good and we've got to keep going and make the most of it. We are missing what we think of as our A-team, but the subs are pretty good and we've got a really nice bunch of young horses.

"I was pleased with them all, of course, and I thought Mister Fisher was very good. He doesn't like that ground but won in spite of it. He's a quality horse and I love him."

Henderson is "frustrated" at having to rule out Might Bite from the King George, and said he is struggling to find suitable races for him and Santini. He is looking at running one in Cheltenham's Cotswold Chase and the other in the Denman at Newbury.

The door has been left ajar for Altior, but without any great expectation. Henderson said: "Altior worked very well with L'Ami Serge and William Henry, who will both probably run in the Long Walk, but Nico [de Boinville] felt he hadn't got over the very hard race he had at Ascot. When he's on fire he's just so good, but by next weekend he might well have turned the corner.

"Things can change very quickly as a week ago we felt Angels Breath was a little flat, and then yesterday he was dancing all over the place and his work was excellent, so he'll now go to Ascot on Friday."

FIRST PUBLISHED 7:00PM, DEC 15 2019
We are missing what we think of as our 'A team', but the subs are pretty good and we've got a really nice bunch of young horses