Never too late to restart those resolutions 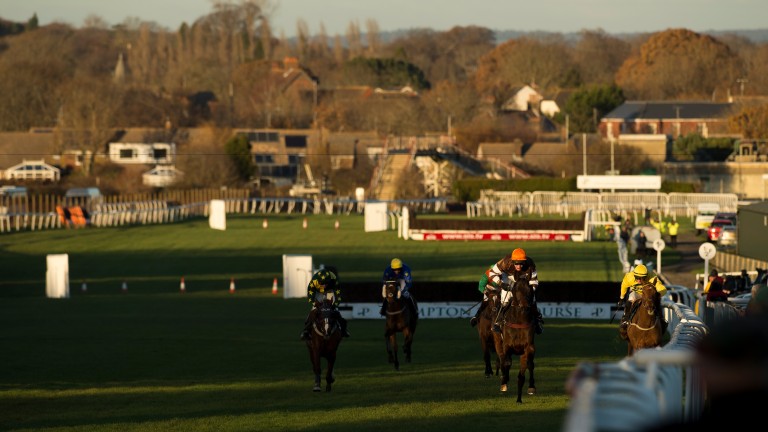 If you’ve already broken it, it’s not too late to have another go at your New Year’s resolution. After all, they’re jolly difficult to keep, especially if they involve giving up chocolate, alcohol and betting. Well, impossible really.

The secret is not to expect too much of yourself. For instance, don’t resolve to lose two stone, resolve to lose 2lb. Next year you can lose another 2lb. Eventually there’ll be nothing of you.

On the betting front, whatever you do, don’t resolve to keep a faithful record of all your bets. It may be what professionals insist is essential but it’s just going to make you feel depressed and that’s not going to help anyone. Some things are better avoided and that’s one of them.

My advice is to start by resolving never to bet in handicaps. Not only will you probably do better (you won’t know for sure because you don’t keep records) but it will also free up time for other things, attending a course on Humanitarianism - The Putin Way, perhaps.

But I digress. Plumpton. It’s built on clay and in the old days the going was often very testing and the horses very exhausted. Then they installed drainage. Even so, they won’t be finishing very fast in the three and a half mile plus At The Races Sussex National Handicap Chase (2.50) in which Onderun may, as they say, defy a rise of 8lb.

If you’re bored you could study the runners’ hooves and make a note of the horse with the biggest hoofprints and the one with the smallest and see whether or not it’s true that big feet are best on soft ground. It might be worth asking trainers how much their horse weighs, as well, because that needs to be taken into account. Pressure per square inch, and so on.

By then we’ll know whether Snippetydoodah (2.20) has given trainer Michael Roberts his first win since Snippetydoodah’s last win at Fontwell last April. Roberts, 73, is a successful businessman who was once a director of a company with the intriguing if intimidating title of Rottweiler On The Shoot Limited.

He trains at the splendidly named Summertree Farm, Bodle Street Green, which isn’t far from Plumpton. Roberts must be a perseverer (if there isn’t such a word there is now) because, after sending out his first runner under Rules in 1992 it was another five seasons and over 55 runners before his first winner.

Famine turned to feast in 1996/7 when eight horses won 14 races for the stable, led by Bitofamixup who was to win six point-to-points and seven chases for Roberts. Since then, some years there have been winners and some years there haven’t. It would be nice if Snippetydoodah won but he probably needs more help from the handicapper, a figure notoriously impervious to begging.

It would be wrong to leave without mentioning that old faithful Dormouse (3.50). Anabel Murphy must love him because he’s won ten times for her. Splendid, absolutely splendid.

FIRST PUBLISHED 6:08PM, JAN 1 2017
It may be what professionals insist is essential but it’s just going to make you feel depressed and that’s not going to help anyone