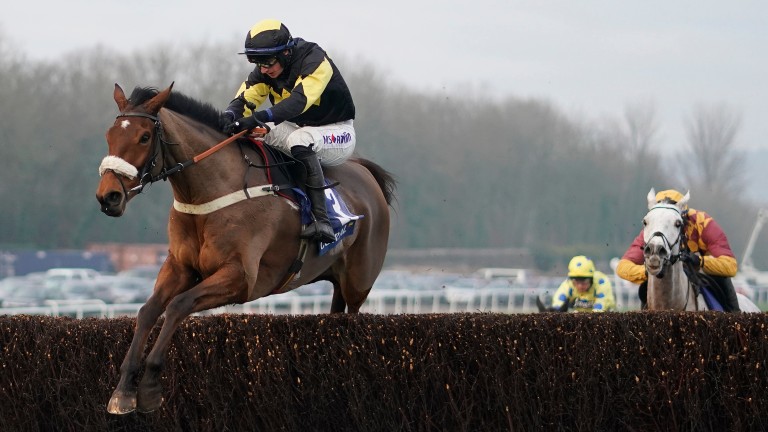 Elegant Escape and Tom O'Brien on their way to victory in the Welsh National
Alan Crowhurst/Getty Images
1 of 1
By James Burn UPDATED 8:10PM, MAR 7 2019

Colin Tizzard on Thursday welcomed the rain that has fallen at Cheltenham, increasing his optimism in not only reigning Gold Cup champion Native River, but also forgotten horse Elegant Escape, who will form part of the trainer's three-strong assault on the Magners-sponsored showpiece.

Thistlecrack will join that pair in a formidable Tizzard challenge for the Gold Cup, which was run on gruelling ground 12 months ago when Native River prevailed.

The prospect of those conditions materialising again has grown with the Cheltenham going on Thursday good to soft, soft in places and more rain forecast, resulting in Native River being trimmed into a top-priced 5-1 (from 6) for the Gold Cup.

It led to Tizzard, who cherishes the Gold Cup more than any other race, to warn punters not to dismiss Coral Welsh Grand National winner Elegant Escape, a 25-1 shot who was last seen finishing second to Frodon in the Cotswold Chase.

He said: "Elegant Escape won't mind that rain and he's the forgotten horse I think. He's a thorough stayer and you saw how he powered away after the last in the Welsh National. This is a completely different race, but he is a strong, strong stayer."

The seven-year-old will be a first Gold Cup ride for O'Brien, who is enjoying a fine season. He said: "Elegant Escape's strengths are staying and it's a race you need a tough horse for.

The 32-year-old added: "The forecast is unsettled and if it became a real stamina test it would suit. He picked up well in the Welsh National, which was a great weight-carrying performance. He's been to the festival twice before, so he'll know what it's all about. I schooled him last week and he went really well.

"The more the test of stamina, the more chance he's got. It always seems a great test of stamina as they go a good gallop. I expect he'll be staying on at the end."

He added: "This is my first Gold Cup, but I've seen plenty and ridden over course and distance plenty too. It's great to be involved. The season has gone really well and I've won some good races."

Tizzard believes rain-softened ground will also boost the claims of Native River, who has finished second and third in the Betfair Chase and King George VI Chase this season.

"The rain can't be a negative, but it needs to keep raining I think," said Tizzard, whose main hope was on Thursday trimmed into 5-1 for the £625,000 prize.

"The more the better? Absolutely. We'll take whatever ground comes, but the more of a stamina test the better it will be.

"He's been fine in the last week and we're just going through the motions now, doing our bog-standard stuff. We have another week to go, but he's in lovely form, looks lovely and everything has gone to plan. We're very happy where we are with him." 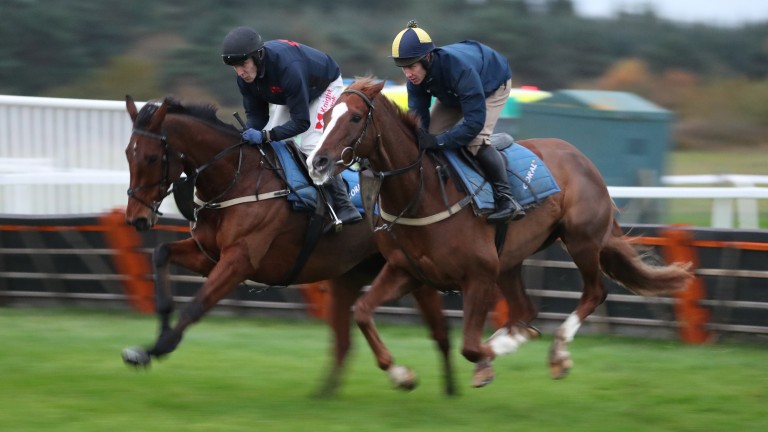 The same applies to Thistlecrack, the King George second who can be backed at 16-1 with William Hill.

Tizzard added: "I'd say all of Thistlecrack's best form is on soft or heavy and a Gold Cup, over three miles two, on soft ground ticks all the boxes for my three – it's exactly what I'd like."

O'Brien is also set to partner leading Sky Bet Supreme Novices' Hurdle player Elixir De Nutz for Tizzard in Tuesday's opener, in which he will be looking to add to the Grade 1 Tolworth he won on the front-running grey.

Road To Respect will not line up against the Tizzard trio, however, as trainer Noel Meade confirmed that his 2018 Gold Cup fourth will run in the Ryanair Chase on Thursday instead.

Speaking at Thurles on Thursday, Meade said: "We gave it plenty of thought and the decision is to go for the shorter race. He'll run in the Ryanair."

A three-time Grade 1 winner over fences, Road To Respect, who won the Brown Advisory & Merriebelle Stable Plate Handicap Chase at the 2017 festival, was beaten a short head by Bellshill in the Irish Gold Cup at Leopardstown on his most recent start last month.

FIRST PUBLISHED 2:01PM, MAR 7 2019
He's the forgotten horse I think. He's a thorough stayer and you saw how he powered away after the last in the Welsh National