Native River owner: Thistlecrack news like a punch to the stomach 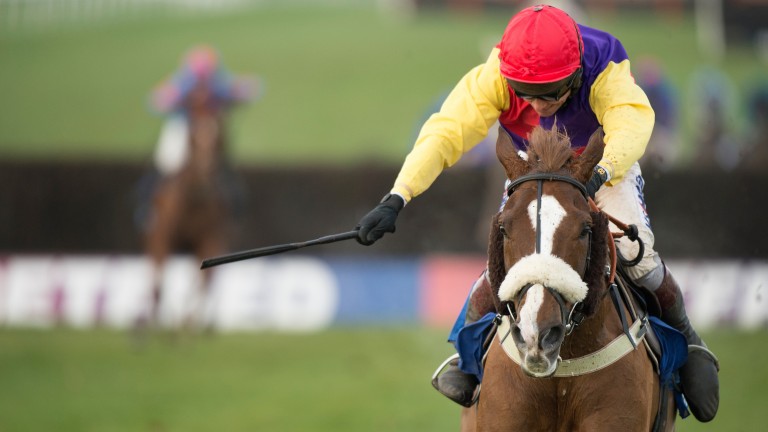 Native River is now he Gold Cup favourite with the majority of firms
Edward Whitaker
1 of 1
By Scott Burton 4:57PM, FEB 22 2017

Connections of Native River feel they hold strong claims to chasing's greatest prize following the injury to Thistlecrack, while expressing their sympathy for the connections of the injured novice chaser.

Garth Broom from the Brocade Racing team that owns Native River said: "You might say it makes the job a bit easier, but I'm desperately disappointed because all three sets of owners agreed we’d go our separate ways before the race, then we'd clash and we’d be happy for whoever won."

"When Colin told me about Thistlecrack yesterday I felt like I’d been punched in the stomach. I was so disappointed and I really felt for John and Heather [Snook].

"We all have our horse of a lifetime and for one of those hopes to get shattered before you even get there is devastating. The main aim is to get there fit and well on the day and see what else is in the race."

Native River is no bigger than 3-1 for the Timico-sponsored climax to next month's festival and, along with Thistlecrack and Cue Card, belongs to a close knit set of owners attached to Colin Tizzard's yard.

Given the exuberant way Thistlecrack took on his rivals in the King George, his absence may place a greater emphasis on Native River's ability to make the running.

But Broom doesn't believe his horse is tactically one-dimensional.

"There are no hard and fast rules with him and we’ve proved we can hold him up and then quicken away towards the end, which gives us another string to the bow," said Broom. "We certainly haven’t got to make the running, and he has come from off the pace. He can front run but if he gets taken on, that won’t stop him doing his thing.

"The big question is, if he could remain in touch, then we know he has got the staying power. You’ve got to be able to be in the firing line when the chips are down, though a lot can happen in the last furlong of a Gold Cup." 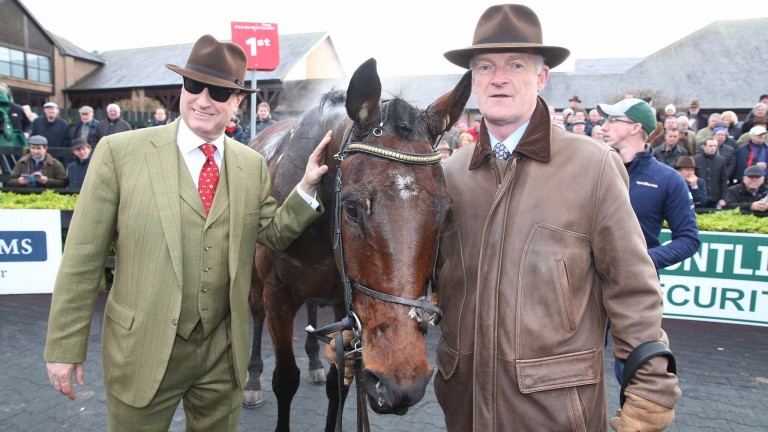 Rich Ricci would endorse that sentiment after seeing Djakadam twice come off second best up the gruelling hill, first to Coneygree and then, 12 months ago, when going down by four and a half lengths to Don Cossack, who has himself since succumbed to a career-ending injury.

Ricci has already lost Faugheen, Annie Power and Min from their team of festival A-listers, having suffered the heartbreak of Vautour's death in November.

"The race looks a bit different after that terrible news about Thistlecrack but I still think Colin Tizzard has a wonderful chance of winning the race with Native River and Cue Card," said BetBright chairman Ricci, writing for RTE.ie.

"Colin has two very strong contenders –  Gigginstown have an arsenal and there are many more lurking too – but this year it has been far smoother and Djakadam's prep has gone to plan. He goes there a fresh horse with 11 weeks from Leopardstown to Cheltenham, and we're quietly purring away in the background daring to dream."

Thistlecrack did drift on betting exchanges before news of his injury was broken by the Racing Post, though it appeared relatively insignificant.

BHA spokesman Robin Mounsey said: "The BHA cannot comment on investigations or speculation surrounding potential investigations and specific incidents. Should our team of betting integrity monitors have concerns around suspicious betting patterns before the withdrawal of a horse from ante-post markets we are able to take steps to follow this up."

FIRST PUBLISHED 4:56PM, FEB 22 2017
We all have our horse of a lifetime and for one of those hopes to get shattered before you even get there is devastating