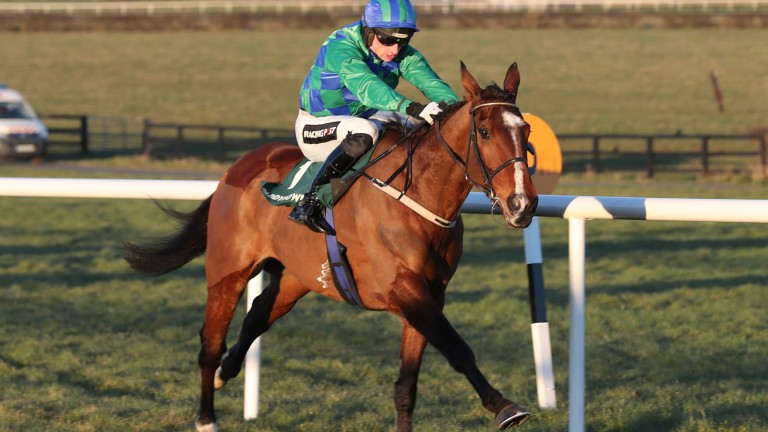 Carefully Selected: could be a staying star over fences this season for Willie Mullins
CAROLINE NORRIS
1 of 1
By David Jennings UPDATED 6:52PM, JAN 25 2020

It is obvious Patrick Mullins has his heart set on riding Carefully Selected in his attempt to become the first amateur since the Second World War to win the National Hunt Chase three times.

The fact the eight-year-old is showing up here, just a fortnight after winning at Punchestown, in order to try and qualify for the Cheltenham Festival contest tells you all you need to know.

One of the new terms and conditions of the National Hunt Chase for 2020 is for all participants to have finished in the first four of a chase over 2m7½f or further, so trainer Willie Mullins was running out of options for his relentless galloper.

The Ten Up Novice Chase at Navan next month is the only alternative in Ireland for Carefully Selected so the champion trainer is taking the cautious approach.

Mullins said: "Carefully Selected will be putting his unbeaten record over fences on the line and, although we're running him back a bit quick after his win at Punchestown two weeks ago, he seems in good form.

"We've always viewed him as a horse who will relish this three-mile trip and, while it looks a tidy race, he's gaining experience with every run and should go close."

Mullins is also represented by Small Farm, but he admitted the eight-year-old has plenty on his plate and said: "Small Farm will probably find things tough."

Carefully Selected might be ante-post favourite for the National Hunt Chase but he will not have everything his own way here as Matthew Smith has decided to pitch 150-rated hurdler Ronald Pump in against him. 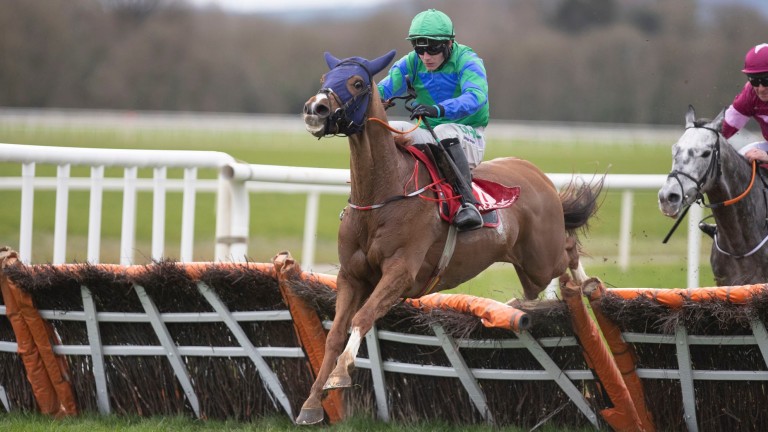 Ronald Pump: is expected to present Carefully Selected with a challenge
Patrick McCann

Ronald Pump chased home Fakir D'Oudairies in the Grade 1 Drinmore Novice Chase at Fairyhouse last month and arrives on the back of a cracking effort when second in a Pertemps qualifier at Leopardstown.

Smith is on a fact-finding mission and said: "To be perfectly honest, I'm glad Carefully Selected is in here as it will tell us where we stand with our fella. He would want to be winning, or pushing Carefully Selected all the way to the line, to warrant running in one of the big novice chases at Cheltenham.

"This race has been the plan since the Drinmore. It was the race Robbie Power picked out for us that day. We do have the option of going back over hurdles if this doesn't work out.

"He's qualified for the Pertemps Final but the race I'd want to run him in would be the Stayers' Hurdle as I think it would suit him down to the ground. He always finishes his races strongly. We'll see how this goes first and then make a plan."

The Gordon Elliott-trained Elwood won at Thurles this month but his trainer thinks he is up against it.

Elliott said: "Elwood is in good form but it looks a hot race and he has plenty on his plate."

FIRST PUBLISHED 6:00PM, JAN 25 2020
We've always viewed him as a horse who will relish this three-mile trip