National hero could go for gold before Aintree repeat bid 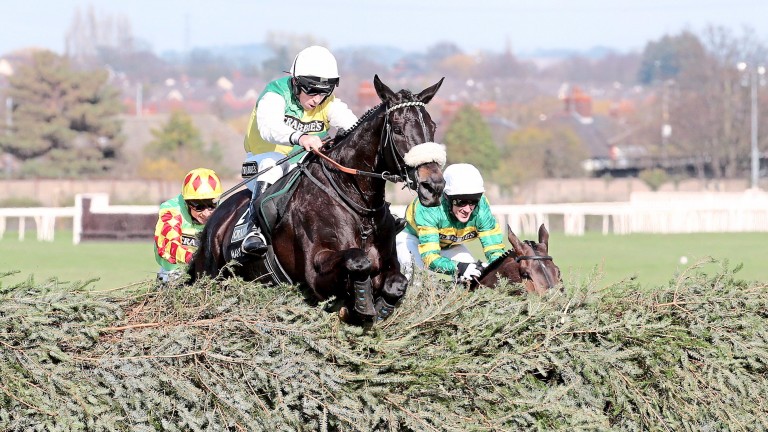 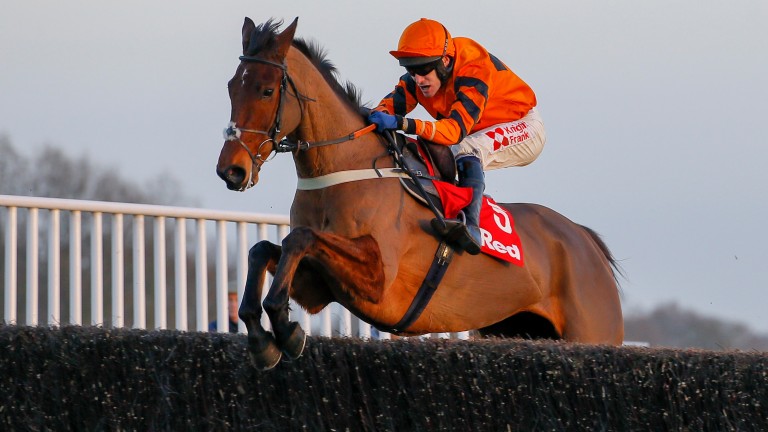 Thistlecrack’s tour de force at Kempton on Boxing Day might have had bookmakers running for cover as they hastily revised their Gold Cup markets, but one trainer refusing to run scared is Oliver Sherwood, who is not ruling stable star Many Clouds out of one or more clashes with jump racing’s brightest star.

Sherwood was as impressed as anyone with Thistlecrack’s poise and swagger in the King George, but that is not a reason to avoid the Gold Cup favourite, according to the Lambourn trainer, who said there was a “distinct possibility” the pair could meet not only in the BetBright Trial Cotswold Chase at the end of the month but also in the Timico Cheltenham Gold Cup in March.

While the ultimate destination for Many Clouds is the Randox Health Grand National in April, his route there has yet to be finalised and Sherwood is seriously considering a Gold Cup challenge, especially as Many Clouds ran in the race before triumphing in the 2015 National.

“He'll certainly have an entry in the Gold Cup,” said Sherwood. “At this stage I’m not going to be saying yea or nay, but the fact is he’s going to have an entry.

"Who knows what the weather is going to do and the gap between Cheltenham and Aintree means you can run in both. I see that they mentioned the two races as a possibility for Don Poli, and it could be a distinct possibility. It worked for us two years ago.”

The weather will dictate the next outing for Many Clouds, a general 50-1 chance for the Gold Cup and among the 16-1 market leaders for the National after an impressive success at Aintree a month ago. Sherwood's options include the Cotswold Chase on January 28, also the most likely next target for Thistlecrack.

Haydock’s Peter Marsh Chase on January 21 or the Betfair Denman Chase at Newbury on February 11 are the alternatives.

Sherwood added: “The first one to come up is the Haydock race but he'll not race up there if it’s bottomless, of that I can assure you. So I'd think the Cotswold Chase or Denman would be favourite.”

Of a possible early-year clash with Thistlecrack, he added: “Others might run scared of Thistlecrack and there might be three runners against him in the Cotswold. You should never be frightened of one horse, even though he’s been very impressive.

“God forbid for Colin [Tizzard] and the owners, but you’d look foolish not to be running if he fell at the first or something, so I certainly wouldn’t be frightened of taking him on.”

Many Clouds was last of 16 finishers when trying to defend his Grand National crown last April but showed the benefit of a wind operation when making his winning return at Aintree and Sherwood believes he is a better horse this season.

He said: “The wind op has given him more confidence and Nathan Horrocks, who rides him every day, thinks he’s better than he was last year.”

Asked for his take on the Gold Cup market leader, backable at 11-10 with Betway, Betfair Sportsbook and Paddy Power, he added: “I was very impressed with him at Kempton – you couldn’t not be. He’s got a lovely way about him.

"I thought if he was ever going to get beat it was going to be at Kempton, but he’s got extra gears and his jumping was exemplary. I’d have loved to have ridden him in my heyday, but no horse is bombproof.”

FIRST PUBLISHED 4:54PM, JAN 4 2017
I’d have loved to have ridden Thistlecrack in my heyday but no horse is bombproof