Names to note: five horses who caught the eye at Newbury on Saturday 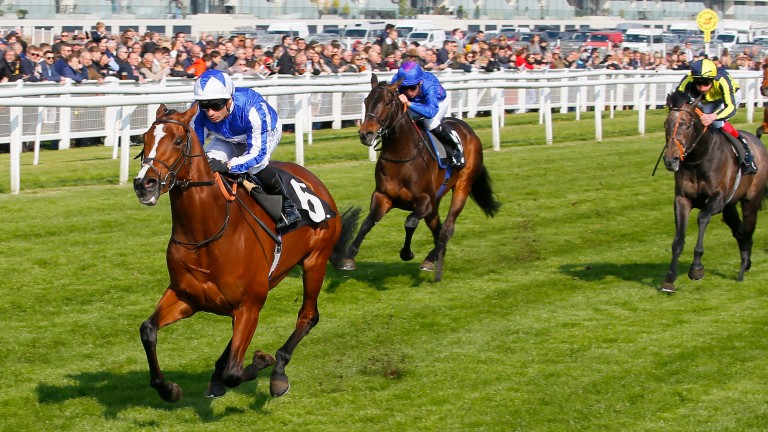 So Perfect (2.10 Fred Darling, third)
Has to go down as unlucky as she raced almost alone behind one rival well away from the main group and therefore was always on the back foot just off the pace. She clearly was not liking the ground but still put her head down and tried. She went into the race top-rated with her good Group 1 form and it would be no surprise come the midsummer on a sound surface if she still turns out to be the best of this field.

History Writer (3.15 Spring Cup, seventh)
On the face of it an eyecatching return, although this four-year-old had looked talented but hard to win with last year with just the solitary success. He also looked to find more than a mile too much for his stamina, even in the 1m1f Silver Cambridgeshire. However, this seasonal debut suggested he is worth another try over further as he stayed on stoutly when switched mid-race to get a clear run after the principals had flown. He is lurking on a decent rating for a big handicap run at a strong pace, which suits his style of racing.

Track up to 1,000 horses, and receive notifications upon declaration, with the Racing Post Horse Tracker

Migration (3.50 mile maiden, second)
Fox Chairman was a cut above his rivals but the eye was drawn equally as much to Migration, who was the last to come off the bridle bar the impressive winner. This was in complete contrast to his first two runs late last season when he had looked clueless. He has grown up quickly and also raced on the stands’ side of the field which did not prove helpful on the day. He hung left into the centre when asked to quicken but picked up well enough. Speedily bred, it might be interesting if he is dropped back in trip. 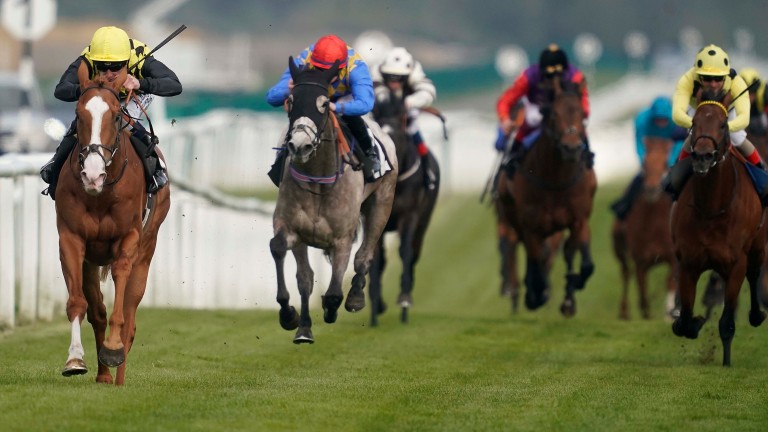 Roseman (4.25 mile maiden, third)
This newcomer had a lovely racecourse introduction in what proved the quicker division with a stronger pace set by another impressive winner, who holds a Dante entry. This Kingman colt showed an action suggesting he would much prefer to be bouncing off better ground but stayed on well under considerate handling, having been settled at the back of the field and on the stands’ side wing. He should improve considerably for this educational introduction.

Severance (5.00 1m3f maiden, third)
On his racecourse debut, almost everything that could have gone wrong duly did before the race got serious. He was slowly away wearing a hood and his efforts to recover were hampered by a slow pace. However, the positive was this son of Nathaniel settled into the race, and despite running green and hanging left in the straight, he still ran on stoutly to grab an unlikely third at odds of 40-1. Given a proper test he can leave the bare form behind after this good experience.

FIRST PUBLISHED 2:18PM, APR 14 2019
Given a proper test he can leave the bare form behind after this good experience