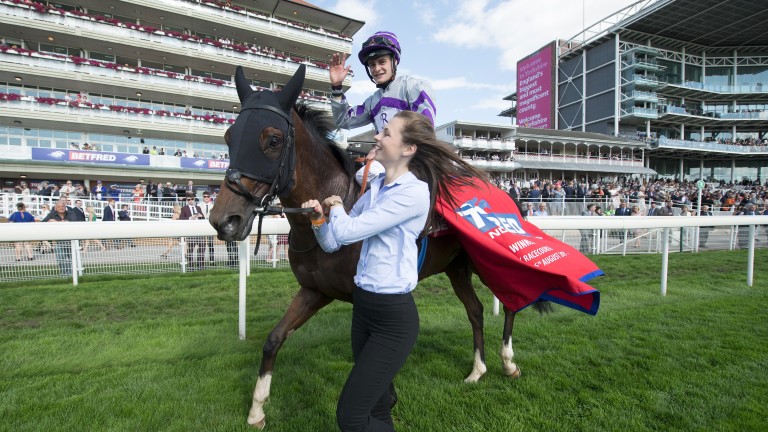 Nakeeta: Ebor winner is now guaranteed a run in the Melbourne Cup
Edward Whitaker
1 of 1
By David Jennings 12:10PM, NOV 1 2017

Ebor winner Nakeeta is now guaranteed a place in the Emirates Melbourne Cup after jumping up to number 23 in the order of entry following the second acceptance stage on Monday, but the Thomas Hobson team face an anxious wait and need two more to come out.

A maximum field of 24 will enter the stalls for the world's richest handicap on Tuesday week, November 7, and the connections of Nakeeta and Wall Of Fire will be relieved after sneaking inside the cut-off point. 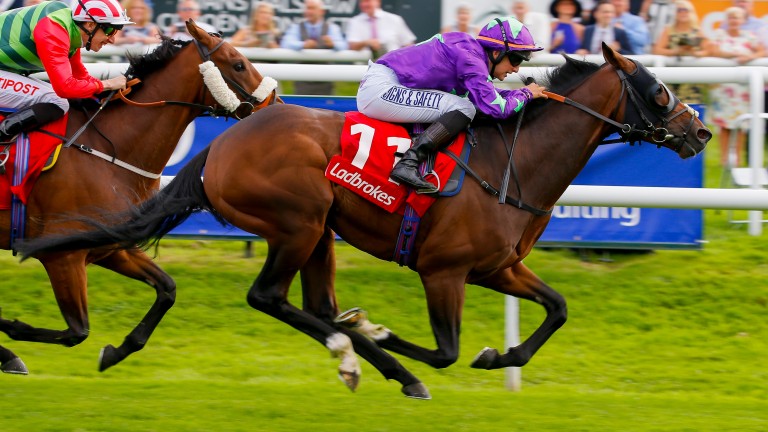 Wall of Fire: all roads now lead to the Melbourne Cup
Wall Of Fire is now number 24 on the list so, as it stands, there will be nine runners from Britain or Ireland.

Nakeeta's trainer Iain Jardine, who has arrived in Melbourne, said: "It's a massive relief this morning to finally know you are going to get a run. It would have been a crying shame if we'd come all this way and not got a run. I am chuffed to bits and the horse is in the form of his life".

Thomas Hobson was number 33 on the order of entry after the first acceptance stage but now needs only two to come out to join stablemates Max Dynamite and Wicklow Brave and form a three-pronged attack from the Willie Mullins stable.

Mullins' assistant David Casey has issued an upbeat bulletin on all three horses, saying: "All three have settled in well and I'm very happy with them.

"Max Dynamite seems to be in the same sort of form that he was in two years ago, if not a bit better. Thomas Hobson is moving well too and Wicklow Brave is fresh as a daisy. He's full of himself at the moment".