Five fascinating facts you may not know about Naas

Richard Forristal with some interesting facts about the County Kildare course 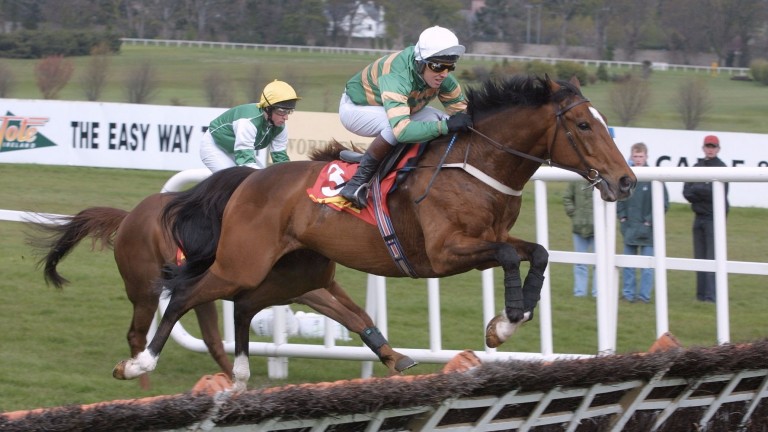 It is not a punters' graveyard

Legend has it that on the day Naas first raced in 1924, a host of favourites got turned over. By now, the veracity of that anecdote isn't easy to confirm, but, with a cemetery situated parallel to the home straight, somewhere along the way Naas was lumbered with the unfortunate tag of being the punters’ graveyard.

Although the moniker still lingers, over time it has shaken the casual stereotype. A big galloping track with a stiff finish, it is renowned as a fair course.

The data also indicates that it doesn’t warrant its morbid status. Since 2014, 37 per cent of favourites over jumps have won, which leaves it sixth on the list of the country’s 23 jumps racecourses, while the overall loss if you solely back favourites to a level stake is -£14.00 – a more profitable return than 14 of the 23 tracks.

There are multiple thoughts on its name

Naas, where Charlie Swan rode his first winner on his father Donald’s Final Assault in 1983, derives its name from some of the earliest written Irish history, although there is disagreement on its origin.

Some historians hold that the Gaelic name Nás is linked to Lugh, the Celtic sun god and king of the Tuatha dé Dannan, who is one of the most important figures in Irish mythology. One of Lugh’s many wives was Nás, and the town of Naas takes its name from where she was buried.

Others believe that Naas comes from Nás Na Riogh, which is thought to mean 'meeting place of the kings', but that is disputed on the basis that there is no word in the Irish language that translates nás as meeting place or assembly.

Whatever the town’s etymological origins, the Nás Na Riogh Novice Chase (February 24) disappeared in 2018, with Paddy Power’s sponsorship of an event that includes the subsequent 1996 Gold Cup victor Imperial Call on its roll of honour seeing its registered title subsumed.

Arkle and Mill House ran at the course

Naas has played host to some of jump racing’s greatest equine legends. Arkle won the Rathconnel Hurdle there in 1962, while the previous year, his arch rival Mill House won his first race in the track’s Osberstown Hurdle.

Between them, they plundered four successive Gold Cups between 1963 and 1966, in the process forming one of the most fabled rivalries in the history of sport, let alone racing.

Cottage Rake, the last horse to win three Gold Cups before Himself between 1948 and 1950, also won at Naas, claiming the 1946 November Handicap, which for many years was the venue's best-known race.

Track is eyeing a Group 1 sprint

The track’s ambitious executive is also keen to one day hold a Group 1 sprint because of its straight six-furlong course.

However, for now it has to settle for the Lawlor's, which was won in 2013 by the subsequent Grand National hero Rule The World.

It was the venue for Roche's Derby row

It was at Naas that Christy Roche’s bitter wrangle with the Turf Club began before St Jovite’s tilt at the Irish Derby in 1992.

Roche was hit with a 15-day ban by raceday stewards when he was found guilty of improper riding after remonstrating with Robbie Skelly after the apprentice’s mount Freeway Halo interfered with Roche’s, Sophisticator.

Roche initially won a controversial stay that allowed him to ride St Jovite at the Curragh, where the partnership wreaked vengeance on Epsom conqueror Dr Devious in spectacular style.

However, the High Court eventually ruled in favour of the regulator, reducing Roche to the role of spectator when St Jovite slammed his elders under Stephen Craine in the King George at Ascot.

FIRST PUBLISHED 6:00PM, FEB 8 2019
With a cemetery situated parallel to the home straight, somewhere along the way Naas was lumbered with the tag of being the punters? graveyard

Samcro, Stratum and much, much more - have you got that Friday feeling yet? 'He's in great shape and working well' - can Samcro bounce back in Galway Plate? Samcro tops a maximum field for the Galway Plate with Jordan Gainford booked Dual Grand National hero Tiger Roll handed 'speculative' Galway Plate entry