'My thoughts are with Freddy. I've been lucky' 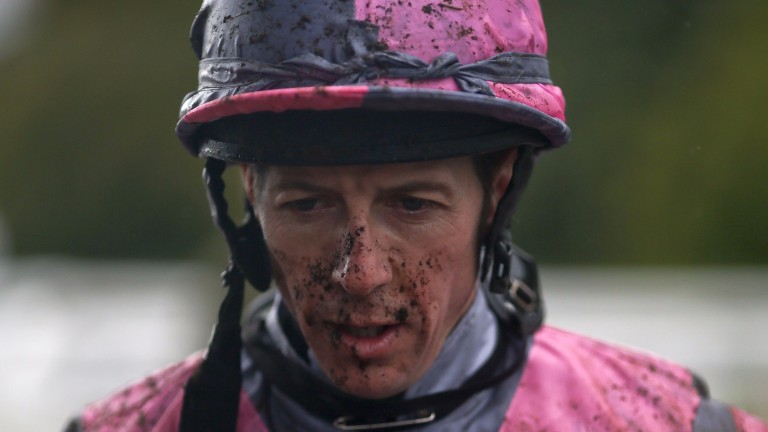 Jim Crowley: thankful to have suffered only a broken nose
Alan Crowhurst
1 of 1
By Richard Birch 6:03PM, NOV 3 2016

Champion jockey Jim Crowley, who was lucky to emerge from a horrific four-horse pile-up at Kempton on Monday with just a broken nose, is praying that fellow rider Freddy Tylicki, who remains in intensive care, makes a full recovery.

Crowley, whose mount Electrify was brought down in the incident, intends to now take a month off to recover fully, although his thoughts are very much with his fellow rider.

He said on Wednesday: “I am okay. I’ve been lucky. I walked away from it. I’ve got a broken nose and am sore all over – I feel like I’ve been run over by a truck – but it’s not about me. It’s about Freddy.

“All my thoughts, and those of everyone in the weighing room, are with Freddy and his family. We hope and pray that he’s going to be okay.”

Crowley, who only last month secured a memorable first jockeys’ championship, added: “I’ve walked away with a broken nose and a kicking. I can’t complain. I plan to take a month off and let my body heal. Not one part of me doesn’t ache at the moment.

“I’ve been asked to ride in Qatar just after Christmas, and I’ll probably take a few rides on the all-weather before then.”

Tylicki was airlifted to the St George’s Hospital spinal unit in Tooting, south London, after the incident and Lisa Hancock, chief executive of the Injured Jockeys Fund, said on Wednesday night he remained stable.

She said: “Freddy remains in a stable condition. There will be no further update today from either Freddy’s family or the staff at St Georges hospital although one may follow later this week.

"Freddy’s family are very thankful for the support and best wishes that they continue to receive and appreciate the chance for some privacy at this time.”

The incident occurred during the third race on Kempton's card, the mile fillies' maiden.

Tylicki's mount Nellie Deen clipped heels with the leader Madame Butterfly, who went on to win, in an incident the stewards deemed to be accidental and which caused the fall on the turn for home.

Crowley was brought down, as were Steve Drowne aboard Skara Mae and Ted Durcan, who was riding Sovrano Dolce.

Drowne was the only one of the four riders to escape unscathed, and was well enough to ride at Wolverhampton on Tuesday.

Durcan, who initially limped back to the weighing room, was subsequently found to have broken an ankle.

Following a delay of more than an hour while Tylicki and Crowley were attended to on course, the remainder of the Kempton meeting was abandoned.