'My memory is returning, but it may take a year' - Filip Minarik on the mend 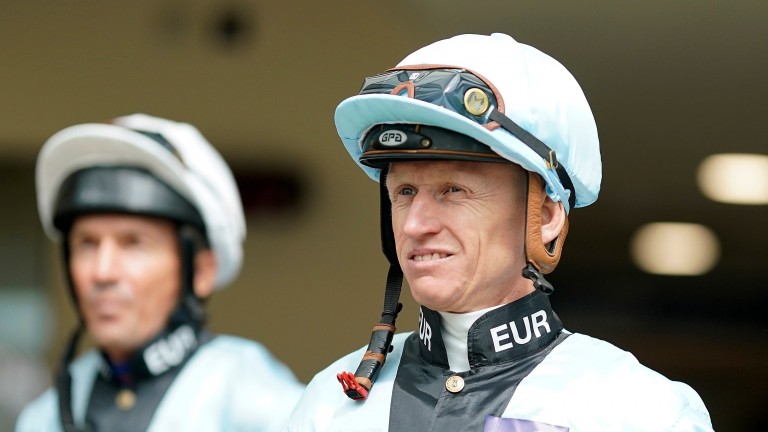 Four-time German champion jockey Filip Minarik has described how encouragement and support from friends and family got him through "a big, black hole" after spending four weeks in a coma following a race-riding fall in July.

Minarik, who suffered head injuries and broke his leg and ankle in the incident at Mannheim, returned home earlier this month and had been at the centre of a Gofundme page, which raised almost €120,000 and was supported by Frankie Dettori on his Twitter page.

The 45-year-old Czech-born jockey made an instant impression in Britain last year when riding a winner on his first ride at the Shergar Cup at Ascot, where he captained the European team.

"Since I woke up there was only one place I've wanted to be – home with my family," the Group 1-winning rider said. "From the last four months I can remember only four weeks. Before then is a big, black hole. I've had falls, which have sometimes been spectacular and I've come away uninjured, but this one appeared quite ordinary.

"The doctors say my memory is coming back, but it could take up to a year. I trust them 100 per cent. When they tell me it is normal, I believe that.

"I called Freddie Tylicki, Christian Zschache and Peter Heugl to ask them about life in a wheelchair. I was so scared that I could be wheelchair-bound. They told me, 'We did it, and if that's the case, you can do it too'."

In a show of love and encouragement, Minarik's loved ones left recordings for him on a toniebox, which was played when the jockey was by himself in hospital. 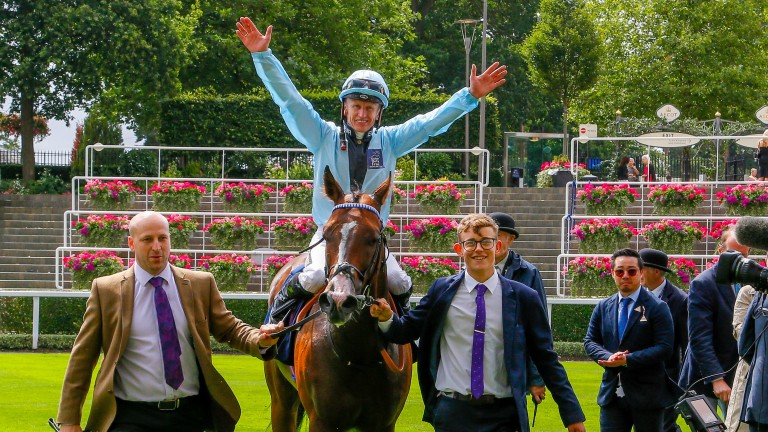 His wife Katja recalled: "It was playing the entire time when I wasn't at the hospital. We've collected lots of wonderful messages from friends and family, which Filip has been hearing all along."

On the difficulty of relying on others for help, Minarik added: "For every door, stair, every time I needed to use the loo, I needed help. As a top athlete I wasn't used to needing help, that was very hard."

Having endured such an accident, it is perhaps no surprise that Minarik, who picked out Ivanhowe's victory in the 2014 Grosser Preis von Baden as his career highlight, retired from the saddle.

He said: "The end was in sight, I might have ridden for another five years but not much longer. Even if I could physically ride, it would be a matter of time before fear kicks in.

"Everyone was there for the Grosser Preis von Baden, including CNN and the BBC. Everyone wanted to see Sea The Moon. That was amazing and exactly a year after I went to the clinic for my alcoholism."

FIRST PUBLISHED 7:24AM, NOV 15 2020
I called Freddie Tylicki about life in a wheelchair. I was so scared that I could be wheelchair-bound