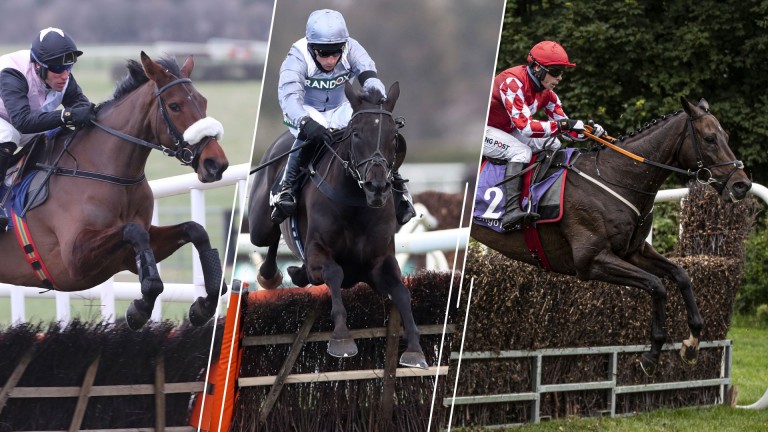 My Drogo, a Grade 1-winning hurdler and one of Dan Skelton’s leading hopes for the season, will face just two rivals on his eagerly anticipated chasing debut at Cheltenham on Friday.

The six-year-old, who emphatically took the Mersey Novices’ Hurdle at Aintree by nine and a half lengths when last seen in April, is joined by the Irish-trained pair Fancy Foundations (Gordon Elliott) and Gin On Lime (Henry de Bromhead) in the 2m4f novice chase (2.20).

My Drogo is unbeaten over hurdles with his only defeat in five starts coming at Cheltenham when a 50-1 second in a bumper on his debut.

Gin On Lime is likely to pose the biggest threat. She has the benefit of seven runs over fences, including a convincing win at Tipperary in the Grade 3 Dundrum Novice Chase last time. The five-year-old mare will be partnered by Rachael Blackmore.

The three runners, while undoubtedly high-class, represent another small turnout for a valuable prize hot on the heels of Sandown's Future Stars Chase attracting a field of just two.

There are 13 other Irish-trained runners across the six-race card.

The bulk of those come in the Glenfarclas Cross Country Handicap Chase (2.55) with Grand National runner-up Balko Des Flos leading the market for De Bromhead and Blackmore in a race that also includes Irish National winner Freewheelin Dylan and a Welsh National winner in Potters Corner.

Meanwhile Kap Auteuil bids to provide trainer Toby Lawes with a first Cheltenham winner when attempting to land a five-timer in the 2m handicap chase (1.45).

Dan Skelton alleges 'campaign' against him in argument over £42,000 payment Lightly raced handicap newcomers add spice to complex punting puzzle Gutsy Aye Right finally has his day to the delight of Graham and Bewley Skelton 'chuffed to bits' after reaching four-figure British milestone 'You can argue Jonbon should not even be favourite' - get Paul Kealy's view 'She jumped and travelled really nicely' - raid pays off for My Sister Sarah