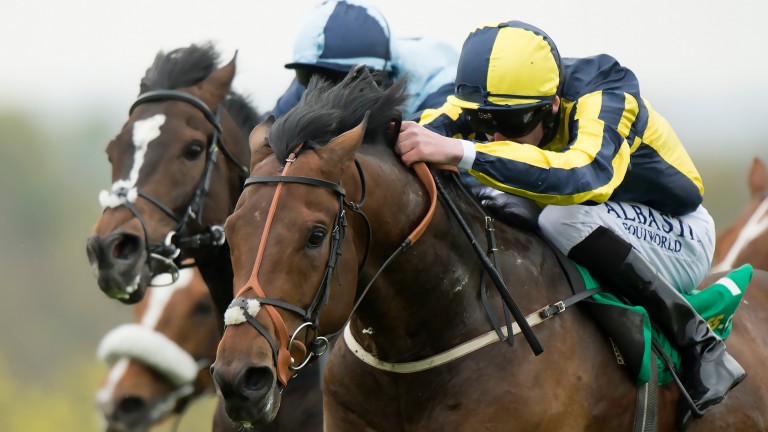 Last season's Prince of Wales's Stakes hero My Dream Boat is set for a return to Group 1 company in France on Sunday after missing Royal Ascot last week.

Having skipped the Group 2 Hardwicke Stakes on Saturday, Paul and Clare Rooney's five-year-old son of Lord Shanakhill will now line-up in against a maximum of ten rivals in the €400,000 Grand Prix de Saint-Cloud, where he could be joined by Hawkbill and Robin Of Navan.

"He showed a liking for the track when winning a Group 3 [the Prix Perth] and it was a good performance because he carried overweight that day," said Cox.

"He is a course winner and a proven Group 1 winner. It was a positive performance up to a mile and a half behind Hawkbill at Newbury but he did especially well over the winter and I am hopeful he has come forward again."

Last year's Grand Prix one-two, Silverwave and Erupt, are both among those that remain in contention ahead of Friday morning's final declarations.

The Niarchos family's Erupt has not been seen since finishing a close-up fourth in the Prix Ganay at Saint-Cloud at the beginning of May.

"His midsummer target is the Sword Dancer Stakes at Saratoga and we'll go from there."

FIRST PUBLISHED 5:29PM, JUN 29 2017
He showed a liking for the track when winning a Group 3 and it was a good performance because he carried overweight that day