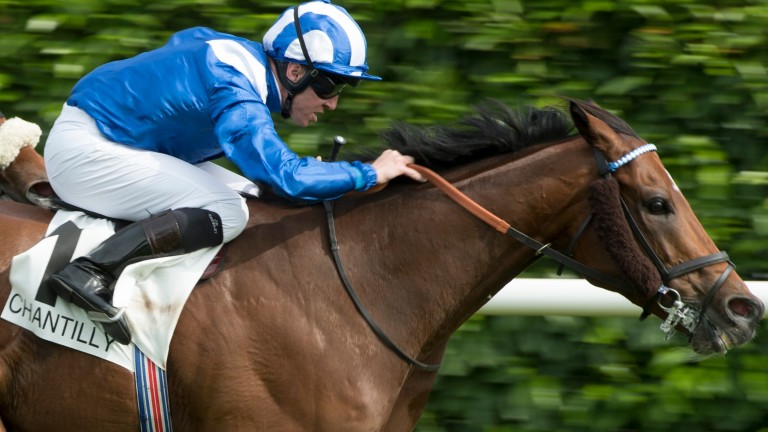 Muthmir: retains plenty of speed at the age of eight
Edward Whitaker
1 of 1
By Richard Birch UPDATED 6:56PM, JUN 8 2018

Three-time Group 2 winner Muthmir takes a significant step down in class in the Listed Betway Achilles Stakes at Haydock after events conspired against him at the same track in the Temple Stakes behind Battaash last time.

The William Haggas-trained eight-year-old, who finished third to Goldream in the Group 1 King’s Stand Stakes in 2015, remains a sprinter of considerable talent and is likely to start favourite in this ten-runner Listed race. 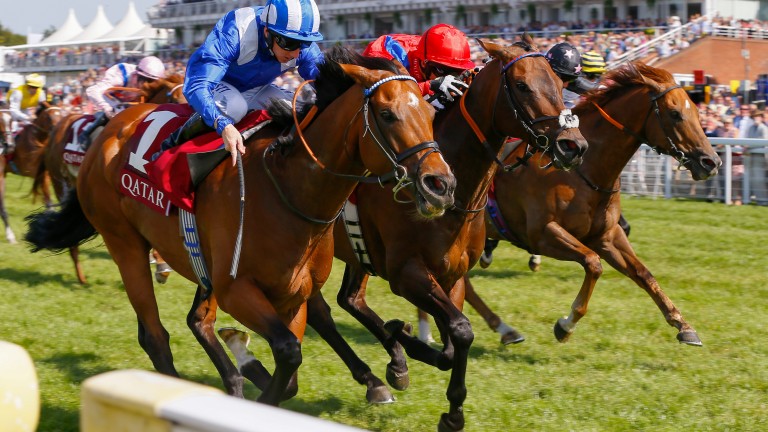 His trainer said: “I was really disappointed last time because they split everywhere. There was lots of pace in the race, but one went left, one went up the middle and the other went right. He was left in the middle of nowhere.

“So providing he can get a good tow into the race – he needs to find a bit of trouble really to be seen at his best – he has every chance.”

Judicial, runner-up to Mabs Cross in the Group 3 Palace House Stakes at Newmarket last month, is likely to prove a big threat, along with the Bryan Smart-trained Alpha Delphini, who has proved consistent at this level. 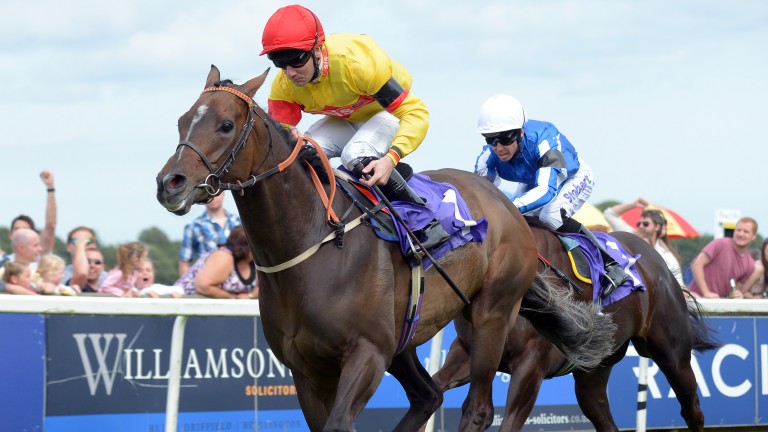 Alpha Delphini: has been performing admirably

Smart said: “He’s in good form and I’m very happy with him. He ran well last time, despite not coming down the Dip very well at Newmarket.

“He finished third in the Temple Stakes at Haydock last season and I’m hoping for another good run.”

What A Home ‘is better now’

Haggas is two-handed in the Group 3 Betway Pinnacle Stakes with What A Home and Mam’Selle.

“What A Home ran very ordinary first time at Goodwood,” said the trainer. “She was much rustier than I thought, but she's better now and has a bit of talent.

“I’m very concerned the ground might be a bit quick for her, but it looks a good opportunity she needs to take up.”

He added: “Mam’Selle was held up in a slowly run race last time so you can put a line through that. She ran very well at Goodwood.

"She would appreciate a bit more cut in the ground, but she handles fast ground and will be ridden more prominently.”

God Given, the mount of Jamie Spencer, comes out top on official ratings, and this course and distance winner is likely to have come on for her seasonal-reappearance fourth behind Barsanti at Ascot. 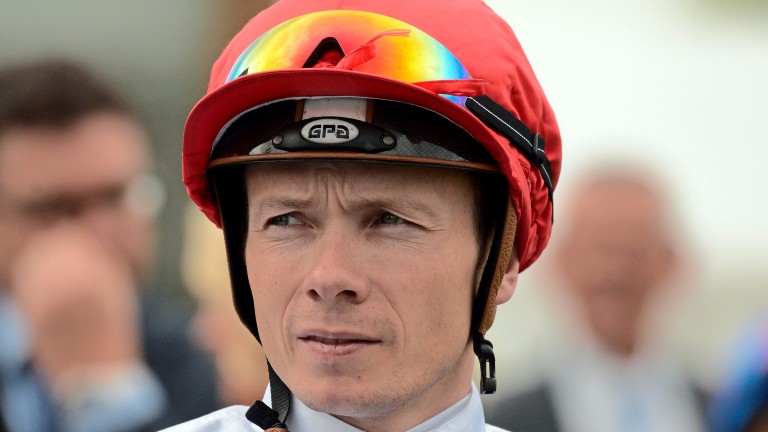 Jamie Spencer: will partner God Given in the Pinnacle Stakes

Cribbs Causeway, a five-time winner for Roger Charlton last season, is another with strong claims, while Charlie Johnston, assistant trainer to his father Mark, expects the tough and talented Titi Makfi to run her usual bold race.

“I think the step back up in trip will be of assistance,” he said.

“She ran very well, just touched off, at Goodwood over a mile and a half. We dropped her back to a mile and a quarter at Ayr on very fast ground and that test was just a little bit sharp for her on the day."

He concluded: "It's a competitive little Group 3 but we'd be hopeful.”

FIRST PUBLISHED 6:00PM, JUN 8 2018
Providing he can get a good tow into the race - he needs to find a bit of trouble really to be seen at his best - he has every chance