Mutakayyef out for season after damaging ligament at Ascot 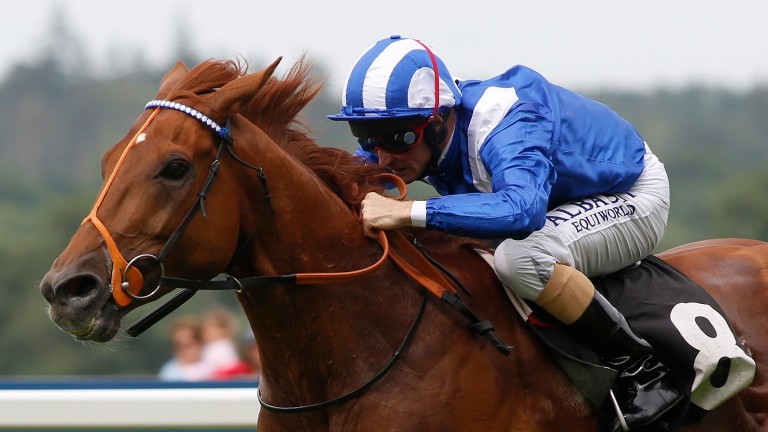 Mutakayyef will not be seen on a racecourse again this season after suffering ligament damage when landing a second consecutive edition of the Group 2 Summer Mile at Ascot on Saturday.

Dane O'Neill reported that the William Haggas-trained six-year-old appeared to take a bad step shortly before the line and the jockey was quick to dismount.

Owner Hamdan Al Maktoum's racing manager Angus Gold said on Tuesday: "I spoke to William Haggas and it's definitely ligament damage of some description and, although I can't give more detail until we've seen a full report, William said he's going to need at least two months in his box, so he's definitely out for the season."

The gelded son of Sea The Stars had appeared to be in the form of his life this season, having opened up with a fine fifth behind Vivlos in the Dubai Turf before chasing home Ribchester in the Queen Anne.

"He has been an incredibly sound horse, which is why it was such a shock," said Gold. "He has never taken a lame step so far as I know and the ground was fine, but these things happen."

FIRST PUBLISHED 1:49PM, JUL 18 2017
He has never taken a lame step so far as I know and the ground was fine, but these things happen

What we learned from day four of Royal Ascot A day when two big decisions had to be made - officials at Ascot got both right 2,000 Guineas favourite Point Lonsdale out to confirm Classic claims in Chesham 'There is no denying the phenomenal training that has gone into Rohaan' Ascot due a fitting finale with racing's greatest fan set to star on day five Tom Segal thinks it's worth giving a filly another chance on ground she'll love