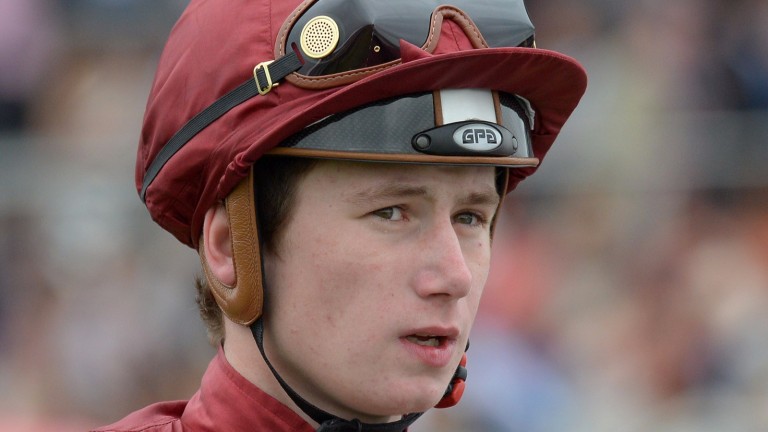 Oisin Murphy takes his first rides at Sha Tin on Saturday as part of his first winter stint in Hong Kong which is scheduled to run until January 30.

The former champion apprentice has rides in eight of the ten races on the card in which he will cross swords with familiar rival Silvestre de Sousa who is also wintering out there.

Murphy, 21, who finished fifth in this years British jockeys' championship during which time he was retained by Qatar Racing, said: "It's probably the most competitive racing here – the tracks and the very best horses. I don't think it's going to be easy to adapt straight away but I'll do my very best.

"I asked Silvestre [de Sousa] what he was doing for the winter and he said he was coming to Hong Kong and that it's the best place in the world to ride. So I thought about whether I should apply for a few weeks because no one wants to be turned down!"

Murphy need not have worried. He added: "I was overjoyed when my application was accepted and it is genuinely a privilege to be here. I don't expect it to be easy, I know that you have to work for opportunities and I'll be starting at the bottom of the ladder.

"I'll be here for nearly three months – I know I'm going to learn plenty and hopefully I can achieve a bit and come out the other side as a better jockey."

Andrew Harding, the Hong Kong Jockey Club's executive director, said: "At the remarkable age of 21, Oisin's already done some considerable globe-trotting and he was keen to come here, to what is racing's most international scene, and we're very pleased to have him here. I think he will be an exciting addition to the roster."

FIRST PUBLISHED 6:24PM, NOV 11 2016
I was overjoyed when my application was accepted and it's genuinely a privilege to be here

Hong Kong: where the show goes on and betting turnover defies Covid gravity Well-fancied 1,000 Guineas contender Saffron Beach 'could be an Oaks filly'