Talk of the Tracks UTTOXETER

Murphy joins in celebrations as Poppy blooms under O'Brien 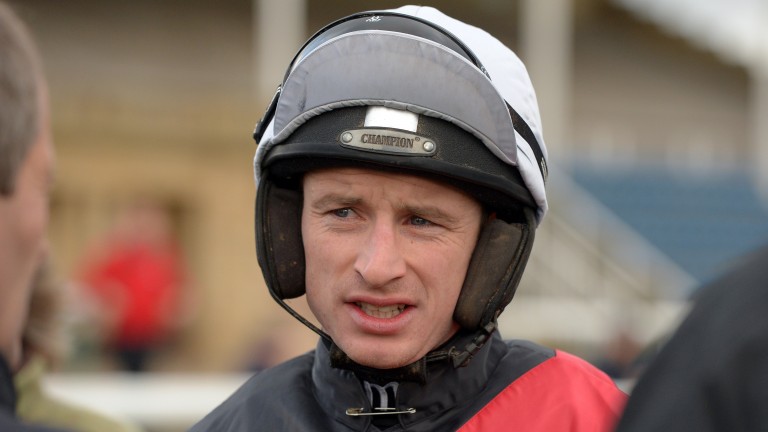 For all that it was an excellent weekend for Philip Hobbs, renowned bloodstock agent Aiden Murphy had every right to be sporting just as wide a smile.

Having cheered on the highlight of the trainer's Saturday treble with his purchaser's hat on, Murphy got in on the act yesterday with Poppy Kay, a mare he part-owns and bred.

An easy winner of her sole bumper, the Hobbs-trained six-year-old built on the promise of last month's hurdle debut at the course to suggest better days lie ahead.

"She was a bit buzzy last time and was still a bit green when she hit the front but she's learning her way and we'll keep her to the mares' races," said Murphy, who plans to run smart mare Copper Kay at Newbury this week.

The bloodstock agent was thrilled with Royal Regatta's Stella Artois 1965 Chase victory as he not only bought him as a two-year-old but the Ascot winner is part-owned by his sister-in-law Eileen Murphy.

Tom O'Brien was another to suffer no hangover from Royal Regatta's win as he supplemented victory on Poppy Kay by landing the following two races to register a treble paying just over 139-1.

The jockey, whose winners came for three different trainers and on his only rides of the day, is brimming with confidence, as he showed with a power-packed ride to get the Jamie Snowden-trained Midnight Silver up by a neck 2m7½f mares' handicap hurdle.

O'Brien's first two strikes came on fancied horses but he completed his treble with a decisive success on 16-1 shot Tiquer, who maintained the sterling form of Somerset trainer Alan Jones in the 2m4f handicap chase.

"It's my first treble for a while as my last came at Ffos Las during my conditional days," said O'Brien, who is fast approaching his 49 winners from last season.

"It's been a great weekend and I'm delighted to be getting the support I've had. Longer term I'm looking forward to riding Onenightinvienna in the Welsh National and in the meantime I'll keep kicking away and try to pass last season's tally as quickly as I can."

Executive director David MacDonald celebrated ten years at the course earlier in the week and was presented with a cake to mark the occasion.

"We had a bit of a get together with the staff on Wednesday and I'm lucky to have an amazing team supporting me," he said.

"It's been a real privilege to be in charge of such a beautiful course. From a racing perspective, my highlight would be Synchronised winning the Midlands Grand National in 2010 and commercially the development of our new 1907 restaurant stands out."

Tom O'Brien has carved out a reputation as a reliable understudy to Richard Johnson at Philip Hobbs's powerful stable but he's a fine jockey in his own right, as he advertised with a big-priced treble.