Murphy follows the Elliott way to win with first runner 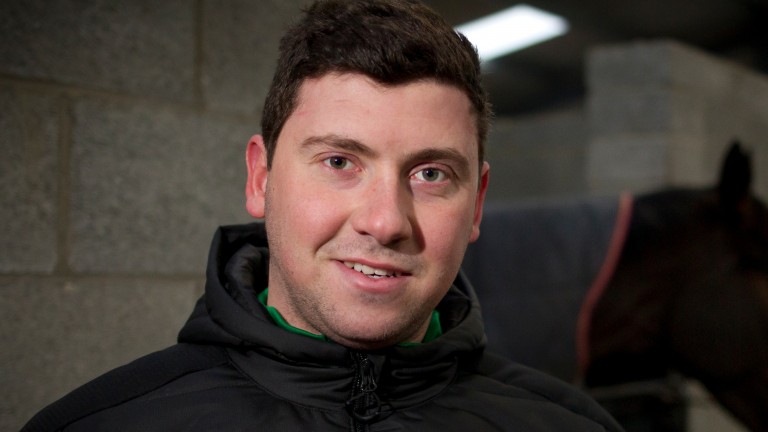 Olly Murphy: made perfect start to training career on Tuesday
Patrick McCann
1 of 1
By Lewis Porteous 9:47AM, JUL 6 2017

Olly Murphy, former assistant to leading Irish trainer Gordon Elliott, made the perfect start to his training career when his first runner Dove Mountain won at Brighton on Tuesday.

Murphy, at 25 one of the youngest among the training ranks, said:
"It's too good to be true really. The blinkers have helped and he's always had a bit of ability. It's a dream start but it can only go downhill from here!

"I put the blinkers on yesterday morning just to sharpen him up which is what Gordon Elliott would have done. I'm just trying to keep things straightforward which is what I've learned from Gordon.

"I was fairly laid back watching it. I didn't even give him a roar because I was waiting for the horse in second to nab him but it's just magic. It's been a big team effort to get here and we'll enjoy tonight."

Dove Mountain, sent off 3-1 from 6-1 in the morning, ran for Murphy's mother Anabel last time before moving down the road to her son's new Warren Chase Stables near Stratford-upon-Avon.

While Murphy has started his career with a Flat winner he is predominately a jumping yard and added: "I might run one at Newton Abbot on Friday and have a few entered at Market Rasen on Sunday with a dozen horses ready to run."

FIRST PUBLISHED 4:30PM, JUL 4 2017
I put the blinkers on yesterday morning just to sharpen him up which is what Gordon Elliott would have done