Multiple concerns make it a flaming June for gambling industry 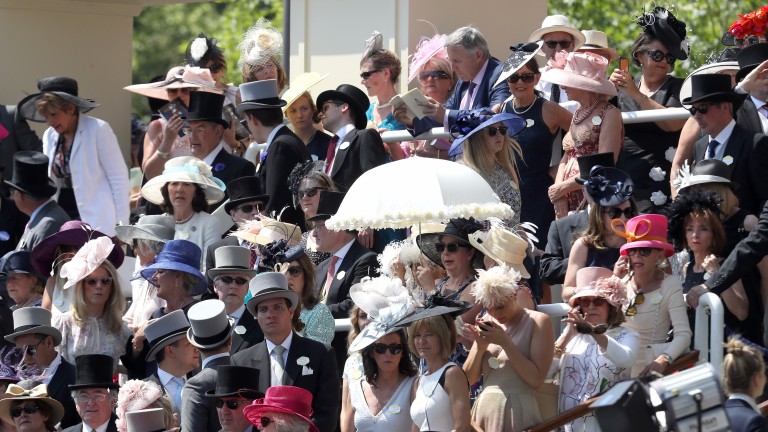 June has not been a kind month for gambling operators. It started with a general election result from which the ruling Conservative government, the one party not to promise hefty restrictions on gaming machines in its manifesto, was left so weakened the likelihood of a £2 maximum stake has become distinctly more possible. And it is ending with more bad news on a couple of fronts and especially for online firms.

Last week, while the attention of the racing world was on Royal Ascot, the Football Association pulled the plug on its agreement with Ladbrokes to be its official betting partner 12 months into a four-year deal.

The decision, which means football's governing body will no longer have sponsorship deals with gambling companies, was not a huge surprise given the controversy stirred up by the 18-month ban handed out to Burnley footballer Joey Barton for betting on matches.

Ladbrokes did not seem overly distressed by the decision, the word being that some within the organisation were quite relieved to be out of a deal which was reportedly costing them £4 million a year.

However, questions will continue about the sport's relationship with gambling and there is speculation about the future of individual clubs' sponsorship and partnership deals with bookmakers.

If that were to happen then the subject of a football levy, already being mooted, might be examined more seriously as a way of the sport benefiting from the millions of pounds being bet on it.

Then there was the Competition and Markets Authority's announcement it was taking action over unfair sign-up promotions in the online gambling sphere.

Enforcement action is being taken against five companies, two of which – it subsequently emerged – are Ladbrokes and William Hill. The companies involved will have the chance to change their offending practices before the courts are required to get involved.

However, all online companies offering such sign-up promotions are going to have to take heed and the ramifications of the investigation will be felt across the sector. There will have to be a change in culture.

Suggestions the industry might be subject to PPI-style claims over unfair terms and conditions are unlikely to come to anything. But if operators have to be more transparent about the terms of sign-up promotions, what was once an effective way of acquiring customers will become much less attractive.

Meanwhile the CMA's investigation has broadened again to examine whether operators are unfairly preventing customers withdrawing their money and it may not end there.

It has emerged Sky Sports is set to undergo a major overhaul, with themed channels being introduced along the lines of its existing Formula One channel.

Reportedly there will be two football channels, channels dedicated to golf and cricket and Sky Sports Arena, which would cover sports such as the two rugby codes and tennis.

As yet there has been no mention of horseracing but the expectation remains that At The Races will become Sky Sports Racing in the fullness of time following the news this year that Sky had taken a majority share in the channel.

It is understood the change will come next year and certainly no later than January 2019. Nor will it be simply the case of the channel acquiring a new name, with a revamp expected in the look and programming, including a full HD service.

Could the channel also add a blue chip name to its racecourse roster? Speculation continues that Ascot, which switched to Racing UK from At The Races in 2014, might switch back when its current deal ends in 2019.

Ascot is not afraid to stand out from the crowd, as demonstrated by its decision not to throw its lot in with the racecourse pool betting project, a decision which has caused much frustration elsewhere in the industry.

Returning to the betting world, the news William Hill plan to close their office in Tel Aviv brings back memories of one of the stranger incidents in the industry's recent history.

The city was one of the main hubs for William Hill Online, the venture between the bookmaker and Playtech which turned round the firm's digital business.

But it was also the site of a major dispute in 2011, with 180 staff walking out of the office there and Jim Mullen and Henry Birch, now the chief executives of Ladbrokes and Rank respectively, being locked out when they were sent by Ralph Topping to discover what was going on.

Ex-Israeli intelligence officers were hired to go through the systems and were said to have found plans for a rival business, payments for managers to have table tennis lessons and that there was a rabbi, a hairdresser and a fish feeder on the books.

FIRST PUBLISHED 6:00PM, JUN 28 2017
The ramifications of the investigation will be felt across the sector.There will have to be a change in culture