Mullins v Elliott: where the championship could be won and lost at Punchestown 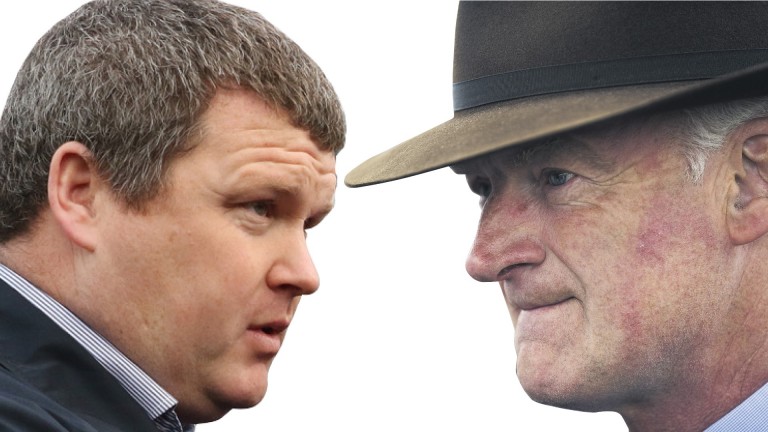 There were parallels to be drawn between Liverpool’s 3-0 thumping of Manchester City in Wednesday’s first-leg quarter-final in the Champions League and the epic Irish trainers’ championship that is building nicely towards its crescendo at the Punchestown festival.

Jurgen Klopp’s heavy metal style of football saw his Liverpool side quickest out of the blocks at Anfield and they now travel to the Etihad Stadium with a healthy cushion.

By the same token Gordon Elliott, who has been trailblazing Willie Mullins for most of the season, heads to Punchestown with a lead of €550,801 over the ten-time champion.

But can Elliott keep up this Un De Sceaux-like gallop out in front? The 40-year-old, who became the first Irish trainer to send out 200 winners in a season on Easter Monday, was only caught in the dying strides at the 2017 festival but looks to have a stronger team to go to war with at the end-of-season highlight.

Elliott went into Punchestown last year with a lead just shy of €400,000, but ultimately lost out by a little under €200,000 after Mullins sent out nine winners in the week, five of which were Grade 1 successes.

With more than €3 million in prize-money up for grabs, including €275,000 in each of the four features, the championship still hangs in the balance.

It is worth noting that Mullins managed to claw back the deficit at Punchestown last season despite being chinned in two of the features – Nichols Canyon in the Stayers Hurdle and Djakadam in the Gold Cup – and the reigning champion arguably has stronger credentials in the showpiece events this season.

The BoyleSports Champion Chase on the opening day – Tuesday, April 24 – is the first of the big four races and Mullins could be represented by the likes of Douvan, Great Field, Min and Un De Sceaux, while Elliott’s only real live contender would be Doctor Phoenix. 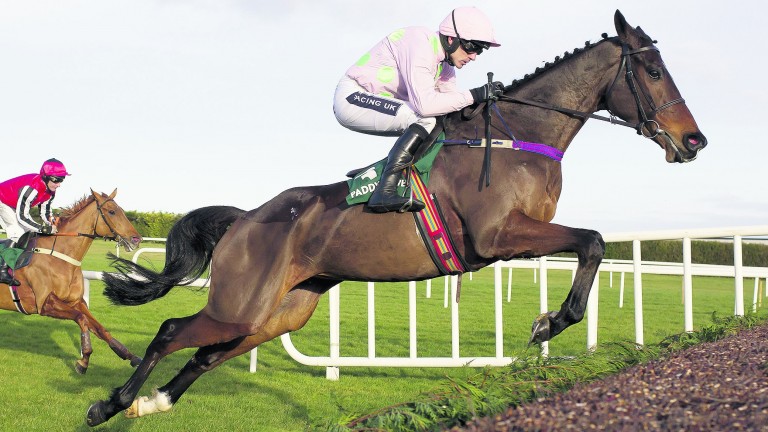 Douvan: the old swagger looked to be back at Cheltenham and he is entered in the Punchestown Champion Chase
Patrick McCann (racingpost.com/photos)
In years gone by Mullins would almost certainly have divided up his two-mile chasers between Punchestown, Aintree and Sandown, but with so much prize-money on offer for the placings there is a realistic chance most of his big guns will line up in this valuable contest.

There doesn’t seem to be much between the entries of both trainers in the Punchestown Gold Cup, but Mullins could have an edge in the Stayers Hurdle, with Cheltenham winner Penhill plus Bacardys, Coquin Mans and Faugheen all in the mix.

Elliott could, of course, supply the potential favourite for the race if deciding to switch Apple’s Jade from the €100,000 Mares Champion Hurdle.

Melon would be a strong Mullins representative in the Champion Hurdle, while the stable could also call upon last year’s winner Wicklow Brave and 2015 Champion Hurdle hero Faugheen.

Mick Jazz, third in the Champion Hurdle at Cheltenham, could lead Elliott’s squad, while unbeaten novice Samcro, who may even run against Mullins’ brilliant mare Laurina at some point during the week, is a fascinating entry.

Paddy Power, who were as short as 1-3 about Elliott lasting it out after he broke his duck in the €500,000 Irish Grand National on Monday, have reeled in those odds after seeing support for Mullins off the back of the Punchestown entries being released.

The firm are now 1-2 about Elliott, while Mullins is 6-4 after being as big as 11-4 on Tuesday, and PR man Paul Binfield said: “We’ve seen good cash for Mullins since Fairyhouse because when you look through the Grade 1s at Punchestown the cards look to be completely stacked in his favour.

“It still might not be enough, but Punchestown’s prize-money does mean Willie has a right good chance.”

Ladbrokes are still offering 9-4 about Mullins but are taking no chances about Elliott and have the master of Cullentra House chalked up at 1-3.

If Punchestown are not selling hats and scarves with Team Mullins and Team Elliott printed on them, they are surely missing a trick. It promises to be a fascinating tussle with everything to play for across five magical days. 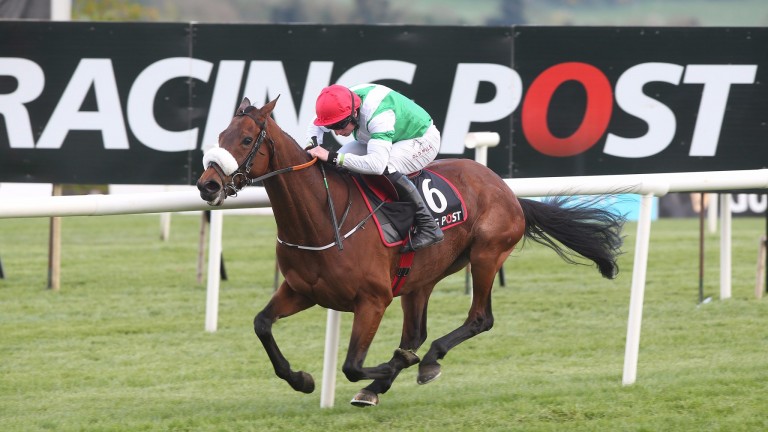 FIRST PUBLISHED 12:40PM, APR 7 2018
We’ve seen good cash for Mullins since Fairyhouse because when you look through the Grade Ones at Punchestown the cards look to be in his favour