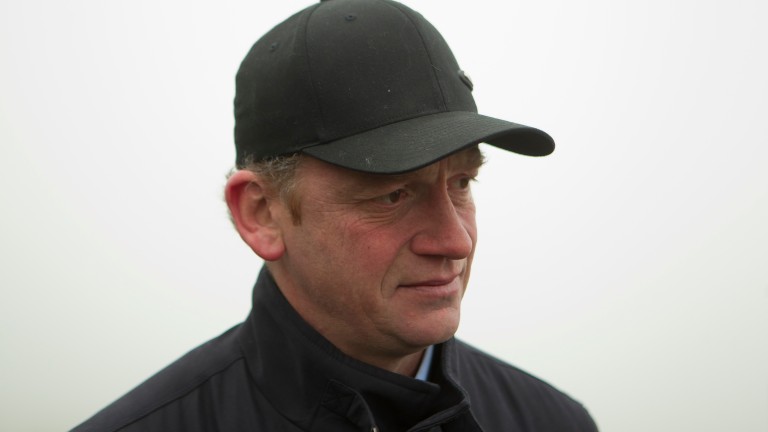 Tom Mullins believes That's A Wrap could still have a few pounds up his sleeve as the JP McManus-owned six-year-old heads a team of four horses for the stable in Sunday's Coral.ie Handicap Hurdle at Leopardstown.

Last seen winning a handicap hurdle at Leopardstown off a mark of 120 by just half a length, That's A Wrap and Ruby Walsh may have won a little more easily but for trouble in running, according to Mullins. As such, the Scorpion gelding may be nicely treated off 127 in Sunday's showpiece.

The trainer said: "He [That's A Wrap] had no luck in running and still won the last day – he got out of trouble. He's probably got a few more pounds to play with because of that, so we'll see if he's well handicapped or not on Sunday."

'Any one of them would do'

"I'm delighted with all of mine and any one of them would do, as long as we can win the race.

“Top Othe Ra will like a bit better ground and Grand Partner won nicely in a qualified riders' Flat maiden here last July and has been working nicely lately as well.

"We also have Sir Scorpion and he would have a good chance if running to his best form. It's a difficult race to win and we'll need some luck in running."

FIRST PUBLISHED 7:00AM, JAN 20 2017
He's probably got a few more pounds to play with because of that so we will see if he's well handicapped or not on Sunday