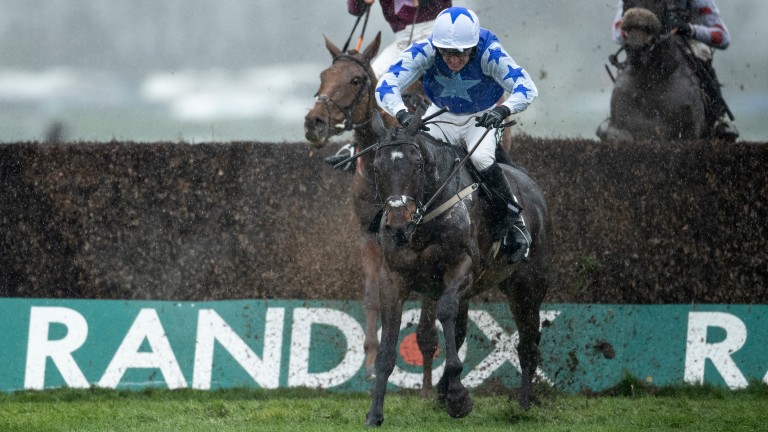 Betway Bowl winner Kemboy on the Gold Cup trail at Punchestown
Edward Whitaker
1 of 1
By Tony O'Hehir UPDATED 3:47PM, MAY 1 2019

Al Boum Photo will attempt to become the fourth horse to complete the Cheltenham and Punchestown Gold Cup double when he faces seven rivals in Wednesday's showpiece contest, hopefully following in the footsteps of Kicking King (2005), War Of Attrition (2006), and Sizing John (2017).

The seven-year-old ended trainer Willie Mullins' long quest for a first Cheltenham Gold Cup victory in March and provided Paul Townend – who will be crowned Ireland's champion jockey for the second time this weekend – with the most significant win of his career.

Townend and everyone connected to Al Boum Photo endured a nightmare incident at this meeting last year, when the rider elected to go around the final fence, instead of over it, in the Grade 1 Champion Novice Chase. 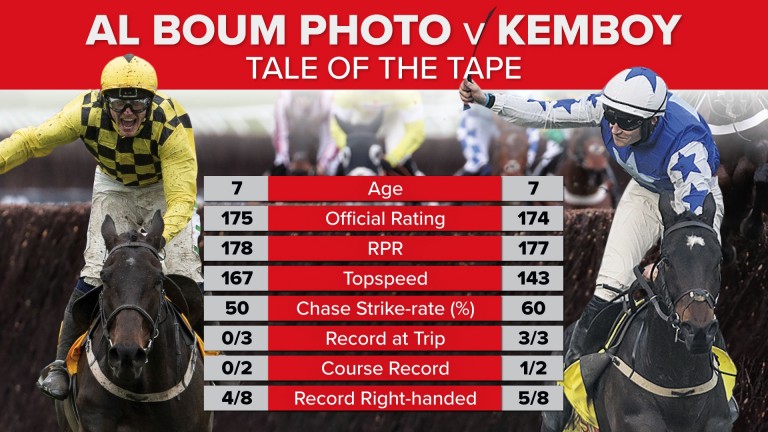 Speaking on Tuesday, Townend said: "Winning the Gold Cup at Cheltenham on Al Boum Photo was the thrill of a lifetime and a day I'll never forget.

"I'm really looking forward to tomorrow. It has all the makings of a very exciting race and hopefully it will go well for my horse."

Al Boum Photo heads a team of three for Mullins, who has sent out four winners of the event, most recently Bellshill 12 months ago.

Al Boum Photo's stablemate Kemboy, winner of the Bowl at Aintree when he made all for an impressive nine-length win, is chasing a third Grade 1 strike.

Successful in the Savills Chase at Leopardstown in December, the seven-year-old stumbled and unseated his rider at the first fence in the Cheltenham Gold Cup, and his subsequent Aintree heroics left all to wonder what might have been at Cheltenham.

Ruby Walsh, who excelled on the Supreme Horse Racing Club-owned six-time chase winner at Aintree, is looking forward to the race, but believes Al Boum Photo will be a tough nut to crack.

Walsh said: "Kemboy was good at Aintree, but I think he needs to improve again to beat Al Boum Photo as the Gold Cup was probably a stronger race than the Bowl."

Pros Much improved performer this season, producing a career-best at Aintree last month

Cons Won't be as fresh as his main rivals

Is Bellshill the forgotten horse?

He won the Irish Gold Cup at Leopardstown in February this season, before being pulled up before halfway in the Cheltenham Gold Cup after making mistakes.

He has never been beaten in three starts at Punchestown, however, and owners Graham and Andrea Wylie have been successful in the race on two occasions, with Boston Bob (2014) preceding Bellshill's success last year.

After losing three horses at Cheltenham and Aintree, the Wylies had a deserved change of fortune when their novice chaser Voix Du Reve won the Grade 1 Ryanair Gold Cup at Fairyhouse.

Planet Of Sound in 2010 was the last British-trained winner of the event and Definitly Red, who was brought down in the Cheltenham Gold Cup, will be attempting to thwart the strong home team.

His trainer Brian Ellison said: "He was brought down in the Gold Cup and needed stitches so he couldn't go to Aintree. He pulled off a shoe on Saturday morning, although he wouldn't have run at Sandown anyway because of the ground.

"He's fresh and well and I think he's entitled to finish third. I wouldn't be surprised if he did better than that."

Snow Falcon, winner of the Kerry National in September and a Grade 2 winner at Down Royal two months later, seeks to improve on his fourth-placed effort on his comeback at Fairyhouse over Easter.

Trainer Noel Meade said: "He'd been off a long time before his run at Fairyhouse, when we thought he'd need the race.

"He's been in good form since and, although he has it to do on ratings, we're hoping for a good run. We'd been thinking of the French Champion Hurdle but decided on this instead."

The Storyteller finished second in that Fairyhouse contest, and trainer Gordon Elliott said: "He's in good form but looks up against it. If he can pick up some prize-money we'll be happy."

Completing the line-up are Henry de Bromhead-trained stablemates Monalee, who was fourth in the Ryanair Chase at Cheltenham last time, and Sub Lieutenant, who was runner-up in the Topham Chase at Aintree on his most recent start.

FIRST PUBLISHED 6:40PM, APR 30 2019
I'm really looking forward to it. It has all the makings of a very exciting race and, hopefully, it will go well for my horse