Mullins open to festival clash between Faugheen and Annie 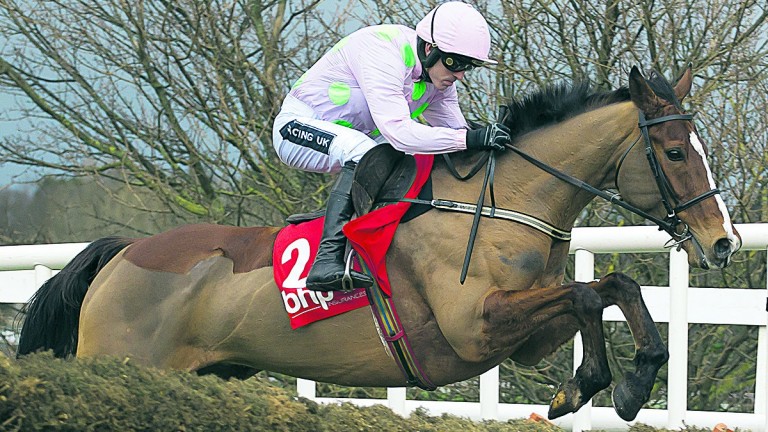 Faugheen and Annie Power could meet for the first time in an explosive clash at this year's Cheltenham Festival, trainer Willie Mullins revealed on Monday.

The duo, who have lost just three times in 30 outings under rules between them, are both being considered for the Stan James Champion Hurdle, which was won by Faugheen in 2015 and by Annie Power last year in his absence.

It had been expected that the two Rich Ricci-owned hurdlers would be given separate assignments.

Mullins was speaking at the launch event for Sunday's BHP Insurance Irish Champion Hurdle, in which Faugheen is set to make his first appearance since landing the same Leopardstown event a year ago.

Mullins said: "Faugheen is going well at home. He'll do another bit of work either tomorrow or on Wednesday and if that goes well, and we expect it will, we'll be looking forward to running him on Sunday.

"We're looking at starting Annie Power off in a 2m4f mares' hurdle at Punchestown on February 22 and, at this stage, I certainly wouldn't rule out the possibility of both of them running in the Champion Hurdle."

Mullins added: "Both of them have won the race, so what do you do? Run both of them or only one and go for another race with the other?"

Faugheen is also in the Sun Bets Stayers' Hurdle while there are Grade 1 alternatives for Annie Power in that race and the OLBG Mares' Hurdle.

Mullins said: "We'll see how things go over the coming weeks and I'll be chatting to Rich. Hopefully all will be well with both horses and if that's the case we'll have a big decision to make.

Mullins also speculated that Yorkhill, favourite for the JLT Novices' Chase at Cheltenham, could be a Champion Hurdle contender next year if he ends up this season with question marks remaining about him over fences.

Yorkhill, a three-time Grade 1 winner as a novice hurdler last season, made it two from two over fences when scoring at Leopardstown on Sunday. "He jumped to the left on his chasing debut at Fairyhouse and did so again on Sunday," said Mullins. "We'll see how things go but I would have absolutely no problem going back over hurdles with him next season, if we're not convinced about his jumping over fences.

"Leaving Cheltenham in March after he won the Neptune, I thought he had what it takes to be a Champion Hurdle contender this year. We thought long and hard about going chasing with him instead, so the next few months should be very informative."