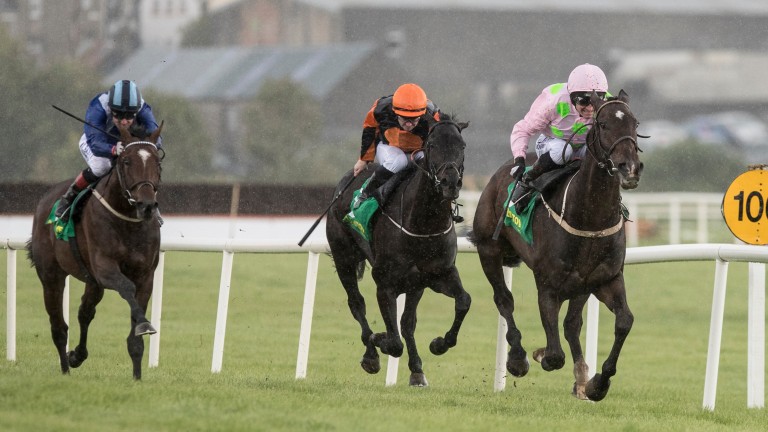 Riven Light (right): set to contest the Caulfield Stakes on Saturday
Patrick McCann
1 of 1
By Tony O'Hehir UPDATED 9:03AM, OCT 8 2017

Willie Mullins has booked Glen Boss to ride Riven Light in the Group 1 Caulfield Stakes over one and a quarter miles at Caulfield on Saturday.

Boss is best known as the rider of Makybe Diva on whom he won three consecutive Melbourne Cups (2003-2005). The mare is the only horse to have won Australia's most famous race three times.

Mullins said: "We've got Glen Boss to ride Riven Light. We'll see how the horse gets on next weekend before making any further plans for him in Australia over the coming month."

Riven Light, who races for Rich and Susannah Ricci, was campaigned over hurdles last winter, but after winning at Thurles on his return from a long absence he failed to score again until reverting to the Flat.

He has won three times this season, most recently in a 1m1f Listed event run on heavy ground at the Listowel festival last month. 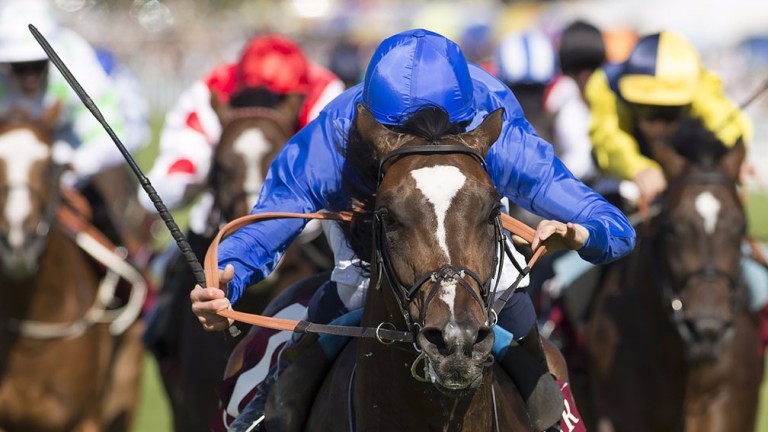 Folkswood: options open for Charlie Appleby's talented four-year-old
Edward Whitaker
Godolphin's Folkswood is also a possibility for the Ladbrokes-sponsored race, a traditional stepping stone towards the Cox Plate won by Winx 12 months ago and So You Think in 2010, but Charlie Appleby is more likely to run him in a Listed race the following day.

Appleby, who could not be happier with the progress shown by his four-strong team at Werribee, said Folkswood would probably go for Sunday's Cranbourne Cup and nominated the Herbert Power Stakes on Caulfield's supporting card as Kidmenever's likely target after they galloped together on Saturday.

He said: "We fitted the cheekpieces to Kidmenever and he led Folkswood in the first part of the gallop. At the finish, they were upsides, which is what we wanted, so the experience will have served them well.

"We will pay up for Folkswood in the Caulfield Stakes to keep our options open."

He said: "They have settled in very nicely, and if they can perform up to the standard of their efforts last year, we'll be happy.

"Qewy is ready to have a crack at trying to win to back-to-back Geelong Cups, which would ensure him a place in local racing history."

It was announced on Sunday that Ryan Moore has been booked to ride the Andreas Wohler-trained Red Cardinal in the Melbourne Cup at Flemington on November 7.

FIRST PUBLISHED 8:55AM, OCT 8 2017
We'll see how the horse gets on next weekend before making any further plans for him in Australia over the coming month