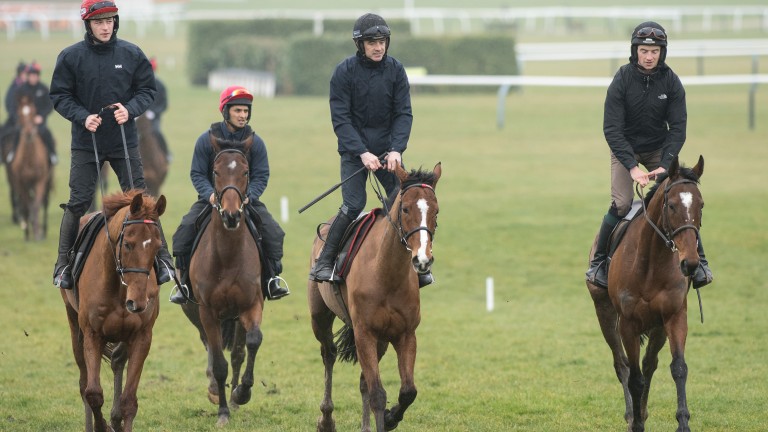 The one consolation for Simon Claisse is this year he will not be bothered by incessant questions about watering. The guy upstairs has seen to that.

It has become something of a ritual to be at Cheltenham on the Monday morning of festival week. As one March passes to the next you see the same people and, such is the great joy of jump racing, many of the same horses. Not for a long time, however, has anyone seen small pools of standing water on the track.

The winner of the roar-raising Sky Bet Supreme Novices' Hurdle will inevitably make a splash. So will plenty of the horses behind him or her.

Close to the stands' side of the racecourse, just where the hill starts to become serious, are a few small dirty puddles. As things stand on this Monday morning, and as another shower starts, it's heavy, soft in some places, squelchy in all places. 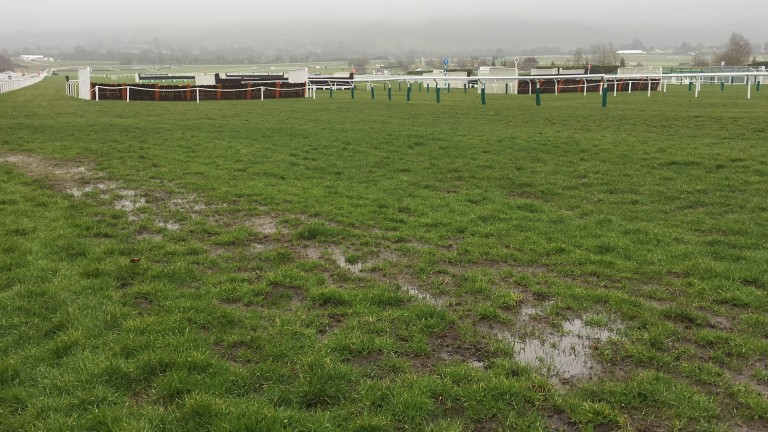 The signs of rain are obvious at Cheltenham on Monday morning
Lee Mottershead
But Brien Kane does not care. Trainer Gavin Cromwell's stable conditional has been exercising OLBG Mares' Hurdle candidate Jer's Girl in the middle of the track. He rides her at an amble down the horsewalk with a smile on his face.

"Let the rain fall," he says gleefully, explaining his delight with the words: "It's going to suit this mare perfectly."

For some horses this unusually soggy festival will be a blessing. For others the conditions will be most unwelcome. Given the size of his equine army set to fight on the Cheltenham battlefield, Willie Mullins will have stars in both camps. Many of those stars are now heading out for morning exercise. Their dates with destiny move ever closer.

Walking with the horses is the man himself, who before reaching the gallops area stops to chat to a man and woman. As he leaves them in pursuit of his horses the lady walks past me.

"He's a terribly nice man, I was sat next to him . . ." she says in a refined English accent, her words then disappearing in the damp air. 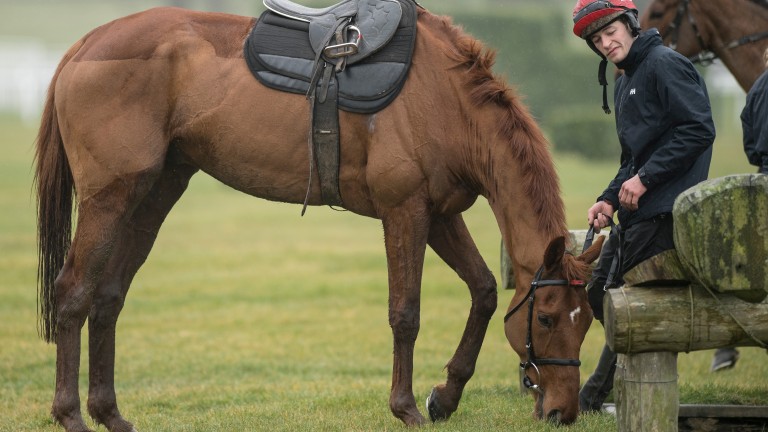 David Mullins relaxes as Yorkhill enjoys a bite of grass
Edward Whitaker
We march on, passing a food truck parked on the infield in between the penultimate flight on the Old course and the cross-country track's water jump.

The side of the truck bears a message that proudly states, 'Great British Food. Great British ingredients'. Beneath that, emblazoned on a large Union Jack flag print, is the slogan, 'Keep Calm and Carry On'. If the rain continues to come down, it could prove to be the 2018 festival's motto.

Ruby Walsh, a star of so many festivals past, has been handed Faugheen as his first morning mount. The pair canter by a long line of photographers, Yorkhill and David Mullins to one side of them, Wicklow Brave and Patrick Mullins to the other. Out there somewhere is Douvan.

"Is that him?" I ask – and not for the first time – as a horse moves at a gentle speed towards us. "Hang on Lee, I'll ask him to stop when he comes past, just so you can ask," interjects award-winning photographer Alan Crowhurst, his cherished wellies rarely more needed.

It is indeed Douvan. Looking as handsome and balletic as ever, he canters past us on the muddy grass, intersecting part of the track that will be used in Wednesday's cross-country chase, a race we can say with absolute certainty he will not be contesting.

The watch shows 9.12am. Within the hour Douvan will be at the centre of another surprise, his target changed back to the Champion Chase. You could hardly rule out him springing another surprise on Wednesday afternoon. 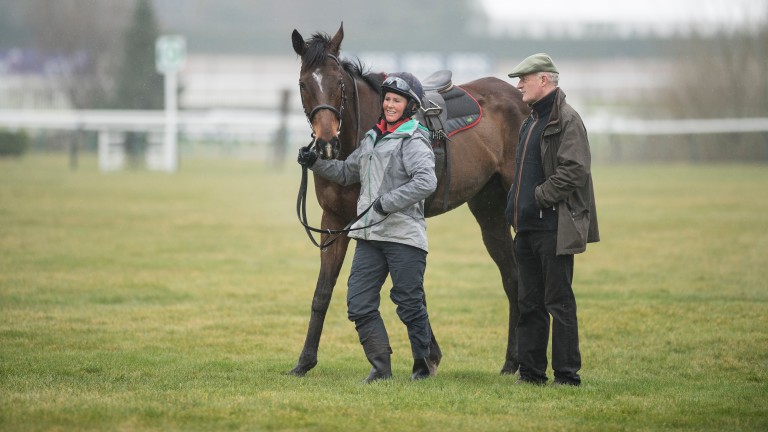 Willie Mullins admires Douvan after his morning breeze under Holly Conte
Edward Whitaker
By now we're all soaked, including festival veteran Brough Scott, who had hoped the food truck would be open and selling bacon and egg rolls. Before the morning ends he is due to film a segment for the opener to ITV's Tuesday coverage, his part in the piece being linked to Cleeve Hill. Unfortunately, on this grey morning, you can't see it.

We all head back to dry off. Countless photographs taken, Racing Post snapper Patrick McCann fires up his car. Within a minute it gets stuck in the mud. The wheels spin furiously, forcing black water out of the ground.

The going has got tough. Thankfully, after months of waiting, it is so nearly time to get going.

FIRST PUBLISHED 12:39PM, MAR 12 2018
The going has got tough. Thankfully, after months of waiting, it is so nearly time to get going

How a ping-pong rout told me everything about the extraordinary Patrick Mullins Fan De Blues follows in some famous hoofprints to win Grade 3 novice chase Racing greats gather together for charity bike ride in memory of Pat Smullen Hopes high of strong European team for Spring Carnival despite veterinary checks New measures can ensure they are all well looked after 'He'll never recover from that!' - the heroics of Killultagh Vic and Ruby Walsh