Mullen calls on racing and betting to work together 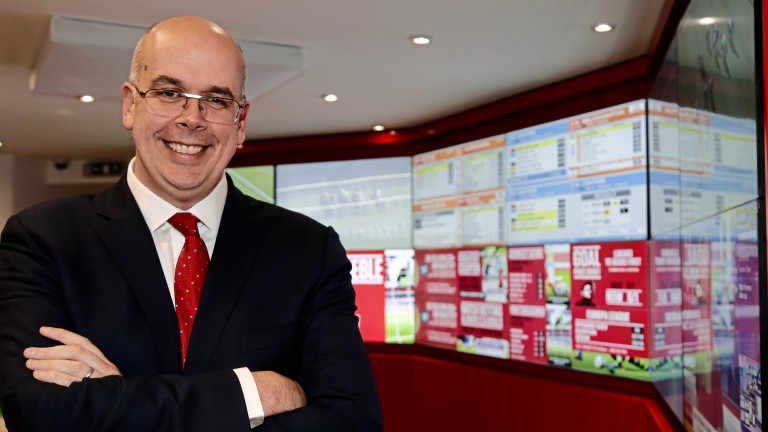 Ladbrokes-Coral chief executive Jim Mullen offered an olive branch to racing on Wednesday evening when he told representatives from the sport, betting and politics that it was time to "stop bickering and work together".

The comments were welcomed on Thursday by the BHA, who said there was a need for racing and betting to "move on".

Last year, shortly after the announcement of the authorised betting partner policy, Mullen told a gathering organised by the All Party Parliamentary Group for Racing and Bloodstock in the House of Commons that bookmakers had been made to feel unwelcome by the sport.

This year, at the same event which is sponsored by Ladbrokes, Mullen was more conciliatory.

Speaking about the levy, Mullen said racing and betting had "much bigger issues to face".

He went on: "I have said this a number of times before, there is more that unites us than divides us."

Mullen added: "There are a number of possible bumps which genuinely pose a significant threat to the fabric of bookmaking and to the wider ecosystem of racing, be that in the shape of the triennial review [of gaming machines] or other less well known but equally important issues such as the impact of the 4th Anti-Money Laundering Directive.

"I therefore think it is more important than ever that we put our rivalries aside, stop bickering and work together."

Harking back to the row about ABPs, Mullen said racing was part of his company's heritage.

"While I have been critical I have never wavered in the belief we need to support British racing as I truly believe in the interdependent nature of these two sectors," he said.

"Horseracing is part of the heritage of Ladbrokes and of Coral and we want to be part of the future.

"You may have heard me say if I can't spend my money in racing I need to spend it in other sports. It's an old story now but it's simple economics, of me representing the firm and the shareholders but I want to sponsor, I want to invest and we want to be in the heart of racing."

Both racing and betting are waiting to hear confirmation from the government on the details for the levy replacement system due to come into force in April.

Mullen said: "Let's just remember that we do co-exist and without each other we are severely weakened and our respective offer to the racing public is weakened also.

"I said last year that we risk fighting a war that would damage both of us, even if one party walked away thinking they had won.

"So let's sort out the levy and get on with securing a bright future for the sector. Let's focus on the issues that matter such as providing the best and most competitive racing in the world so that our customers can enjoy this unique sporting experience."

Mullen's comments were welcomed by the BHA.

BHA director of corporate affairs Will Lambe said: "We echo Jim Mullen's words, and the sentiment behind them.

"Our industries are interdependent, and there is a pressing need for the parties to move on, and develop joint strategies to grow the appeal of British racing, for the benefit of all involved.

"The levy replacement, at a fair rate for all operators taking bets on British racing, provides the best platform from which to do this, and we look forward to working together from next April."