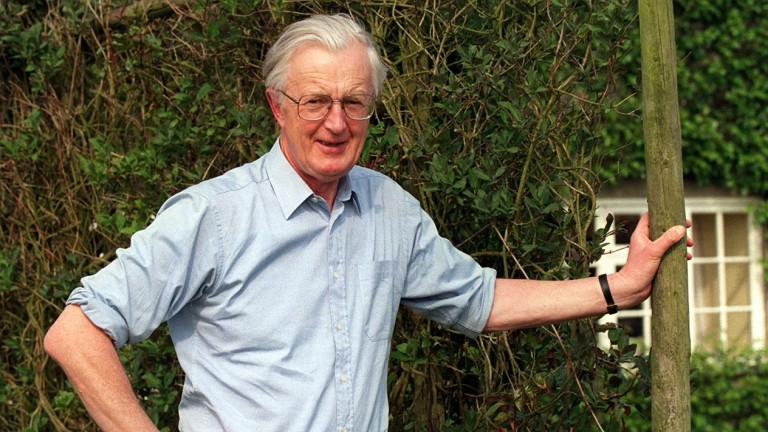 Christopher Mordaunt, who was the Jockey Club's senior jumps handicapper until his retirement in 1999, died on Tuesday evening following a short illness. He was 82.

Mordaunt joined the Jockey Club in 1967 on his retirement from the army, as did many of racing's administrators at that time, but unlike some of his colleagues the former captain in the 9/12 Lancers was always able to combine a military efficiency and attention to detail with an easy charm which won him friends and respect throughout the sport.

A neighbour of Richard Fahey's for many years while based in Yorkshire, Mordaunt moved on retirement first to Shropshire, on the recommendation of his great friend Tim Forster, and more recently to Lambourn when Jonathan Portman, husband of daughter Sophie, bought Charlie Mann's stables.

Portman said: "Sophie's father was a lovely man who was well known and very well respected in racing. He was the most amazing man, and wherever he went he seemed to pick up admirers.

"He loved his work and especially enjoyed framing the Grand National weights. He also took special pride in the three-way photo finish to Special Cargo's Whitbread Gold Cup in 1984."

Portman added: "Christopher was as right as rain up until Christmas, attending the Gimcrack dinner and still going racing when he could at Ludlow and tracks like that, but he developed a heart condition and had surgery in Bristol last week. It seemed to go well but he sadly just gave up the ghost while being moved nearer home."

Fahey said: "I knew Christopher for 26 or 27 years and he was my paper boy when he was a neighbour at Butterwick. He was an absolute gent – a lovely, lovely, man and also a great handicapper."

Kim Bailey, another of Mordaunt's many friends within the training ranks. said: "Christopher was a proper gentleman and always charming and fun to be with. He would always have time for you and would always give you a straight answer. He was a very special man and I absolutely adored him."

Phil Smith, who learned his craft from Mordaunt and succeeded him as senior jumps handicapper, was another to pay tribute.

He said: "Christopher retired as senior National Hunt handicapper in early 1999 and with great patience taught me how to assess chasers. You could not find a gentler, kinder man even when being heavily criticised, as happens to all handicappers from time to time.

"He was a great jumping enthusiast and attended most of the meetings at Cheltenham after his retirement. He was always there on the weighing room steps to give a word of encouragement, and he was keen to know about any new ways we were doing things. He had great charm and he and Anthony Arkwright [former fellow handicapper] were known as the nicest men in British racing."

Mordaunt leaves a wife Belinda, from whom he was inseparable, daughters Millie and Sophie, and five grandchildren. Funeral details will follow.