Mouse bids to bring home the cheese for Duke 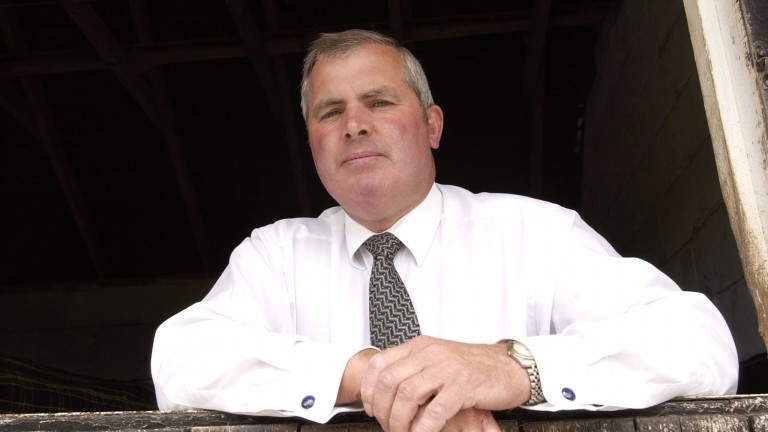 Anyone who knows Brendan Duke would say that he doesn’t do pessimism. Perhaps that’s aided by the fact he never bets. However, he doesn't shy away from bigging up his horses before a run and the Kildare trainer sees no reason why The Mouse Doctor cannot run another sound race here.

Ger Lyons is operating at a 50 per cent strike-rate in the last fortnight. The Dunsany-based trainer has sent out four winners from eight runners.

Pat Martin, trainer of Ishebayorgrey
He's been running so well lately and obviously it gets a little harder every time as he goes up in the handicap. The only worry I have for him is the draw. It's a bit of a hindrance but he's in such good form I still expect him to run well.

Joseph Murphy, trainer of Shepherd’s Purse
If I was having a bet in the race I think I would fancy Ishebayorgrey. He sets the standard. Our lad is in good form but I'd be a little bit worried about the trip as he is probably better over six furlongs. I hope he runs well and proves me wrong.

Brendan Duke, trainer of The Mouse Doctor
He’s always in good form. It may be a week since he last ran but he’s improved from every run and he takes his racing very well. Every time Kevin Manning gets off him he tells me the horse has run his best race yet. He's gone up 2lb for finishing second to a high-class horse in Red Avenger and that was a very good run. I think Damian English must have a very good locksmith at his yard because he has the key to Red Avenger now and finishing second to him last week was no disgrace. I hope The Mouse Doctor can bring home the cheese!

Adrian Keatley, trainer of Dark Alliance
We're very happy with him and Danny Sheehy takes a few pounds off his back, which will help. He’s a nice horse to have in the yard and he knows his way around the track. He could be a decent sort for a few big handicaps over six furlongs in Britain during the summer.

Paul Flynn, trainer of Roachdale House
He actually had a bit of a cough after his last run but he’s over that now. He’ll be better on turf but he should go well in this. We put in a new gallop in November and I'm really happy with it. The horses are very well and I think this fella will go close.