Mountainous primed for shot at history in Chepstow feature 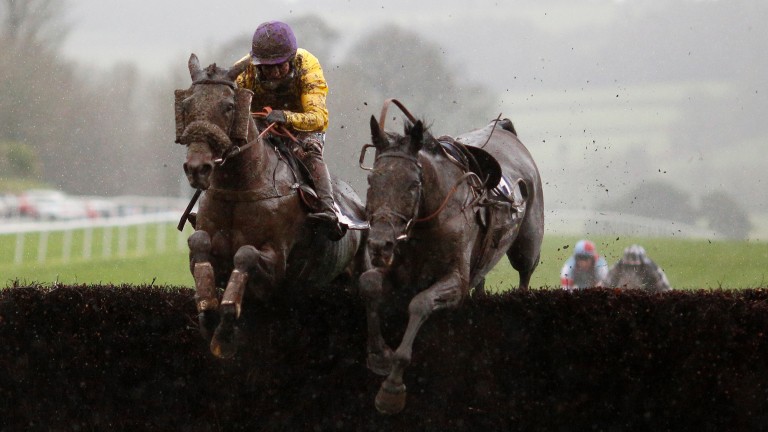 Mountainous is on course to bid for a historic third Coral Welsh National victory after featuring on Wednesday among 102 entries for the Chepstow contest.

The 11-year-old, trained locally by Kerry Lee, won the Christmas marathon in 2013 and 2015 and would be the first horse to land the famous race three times if he were to get his head in front again on December 27.

"I rode him out myself this morning and he's in fine form," said Lee. "I'm slightly frustrated not to have been able to get a run into him yet – the ground has stopped that – but he'll run on December 3 at either Chepstow or Sandown then head straight to Chepstow.

Mountainous is one of seven entries in the race for Lee, with Bishops Road and Good To Know chief among them.

Sponsors Coral make Minella Rocco their 14-1 co-favourite along with Native River and Viconte Du Noyer, with a host of hopefuls, including Mountainous and Emperor's Choice, available at 16-1.

Coral are also offering a £100,000 bonus for any horse able to win the Welsh National and go on to claim the Coral Scottish National next April.

Away from Chepstow, Highland Lodge could bid to win back-to-back runnings of the Betfred Becher Chase at Aintree on December 3.

The ten-year-old was on Wednesday among 59 entries for the 3m2f handicap, which is run over the National fences. The likes of Clarcam, Empire of Dirt and Triolo D'Alene also feature.

On the same card, a total of 36 entries have been made for the Betfred Grand Sefton Chase, including last year's winner Bennys Mist.

Lee also confirmed her Grade 1 winner Kylemore Lough will head to Ascot for Saturday's Stella Artois 1965 Chase, having not been declared for today's Clonmel Oil Chase.

FIRST PUBLISHED 2:26PM, NOV 16 2016
I rode him out myself this morning and he's in fine for. I'm slightly frustrated not to have been able to get a run into him yet ? the ground has stopped that