Saturday action NAME FROM THE PAST 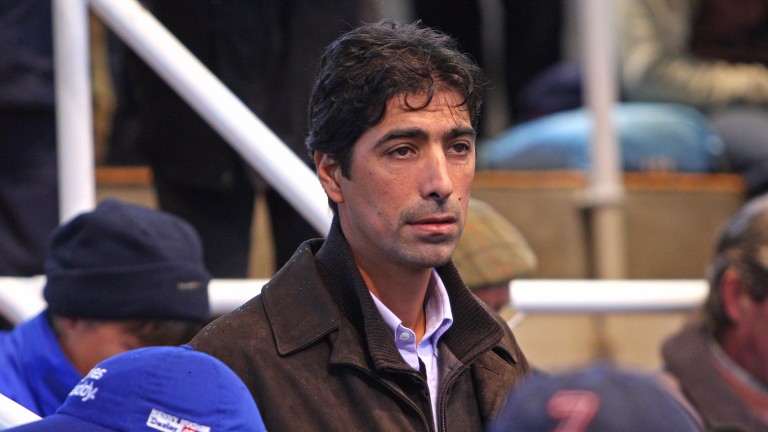 A name from the past resurfaces in the unlikeliest of circumstances when Mohamed Moubarak sends out his first British runner in 24 years at Lingfield on Saturday.

In his heyday, training from Green Ridge Stables on Newmarket's Hamilton Road in his early twenties, Moubarak won just 53 races, but they included a Yorkshire Oaks with Magnificent Star, a Royal Lodge with Made Of Gold, a Park Stakes and a Duke Of York with Green Line Express, and a Mill Reef with Forest Wind.

However, he relinquished his licence just three weeks after Frankie Dettori forced Forest Wind past Marina Park for the Group 2 at Newbury in September 1992, and two-year-old Warba will be his first runner in his own name here since when she takes on eight rivals in a Class 6 all-weather seller.

Now 50 and training from Darryll Holland's Harrington Court in Exning, Moubarak has never had a runner in a seller, but if Warba's low-key start smacks of lack of ambition that could not be further from the truth.

He said: "I've always been associated with quality and I'm going to do really good again. I was blessed by nice horses and a nice team when I trained before, but I'm very, very ambitious still.

"It will take time to get the right horses and with this filly I'm keen simply to win a race for her owner Stewart Brown, who has become a good friend. She's drawn nine of nine, but she breaks well and is pretty quick. John Egan, Stewart Brown's racing manager, rides her."

Moubarak was living in the United States and employed as racing manager for his former principal backer Mahmoud Fustok's Buckram Oak Farm, having trained there for much of the 1990s, when his life changed in 2006 after Fustok was killed crossing a road in Florida, less than a year after Silver Train had won the Breeders' Cup Sprint for the team.

'I was sick for two years'

Moubarak, who returned to England only four months ago, explained: "When my boss was killed it was a very big blow because he was like a father to me. I was sick for two years, because I missed him so much, and then I took a long vacation.

"But it was always in the back of my mind to train again, and although I have only eight horses, four of them yearlings, I have 30 boxes and I'll be looking for more, and looking for quality too."

Moubarak sends out a second runner on Monday, and he will be hoping the gelding is appropriately named. Already a course and distance winner there at 80-1 last month, when racing in John Butler's name, he is called Out Of The Ashes.

FIRST PUBLISHED 6:00PM, DEC 16 2016
I've always been associated with quality. I was blessed by nice horses and a nice team when I trained before, but I'm very, very ambitious still