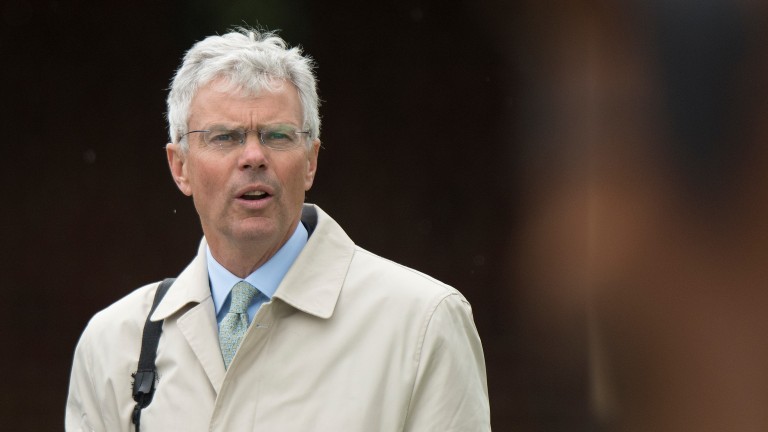 Hughie Morrison: has received the public backing of several of his owners
Edward Whitaker
1 of 1
By Jon Lees 7:27PM, MAY 22 2017

Hughie Morrison's head girl Barbara Dare, who was kicked in the parade ring at Newbury on Saturday, remained in hospital on Sunday.

Dare was trying to clear other bystanders out of the way when she was double-barreled by the Morrison-trained Top Beak, who was being led up by her husband Andy.

Morrison said on Sunday: "She's still in hospital under observation. She isn't in a great way and has quite serious injuries."

Jockey Barry McHugh was released from hospital on Saturday night after being thrown in the paddock at Thirsk.