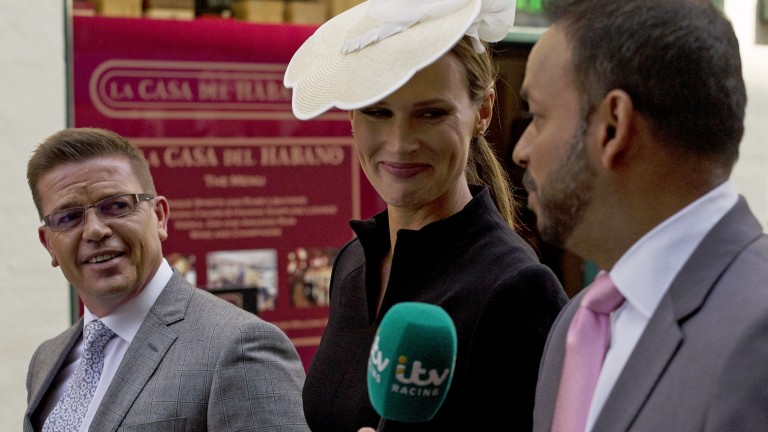 Francesca Cumani, Rishi Persad (right) and Jason Weaver were on duty for ITV Racing at Chester last week
Alan Crowhurst
1 of 1
By Lee Mottershead 6:16PM, MAY 15 2017

Racing on ITV4 posted a figure bigger than that achieved by Channel 4 on a corresponding day for the first time on Saturday.

The news may go some way to allaying fears over viewing figures when racing is shown on ITV's sister channel.

However, ITV4's ratings for Chester's May meeting were well down on those secured by Channel 4 during its farewell tour, while the surge in viewers for the one-off main channel appearance of The Opening Show on 2,000 Guineas morning was not repeated last Saturday. 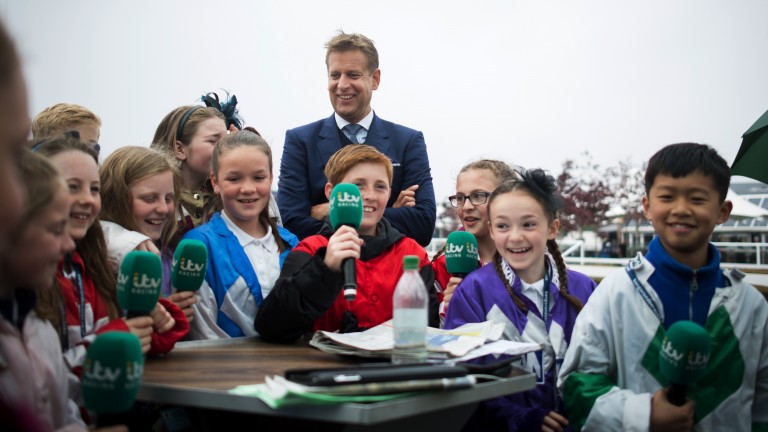 At the same time ITV4 was showing racing, a repeat of the film The Man In The Iron Mask attracted 500,000 viewers on ITV, while a sixth-round tie in rugby league's Challenge Cup pulled in 657,000 on BBC1.

Saturday's edition of The Opening Show netted an average of 86,000 viewers on its regular ITV4 home, compared to 207,000 for The Morning Line 12 months ago.

One week earlier The Opening Show, which fell to 62,000 viewers when televised from Sandown at 8am on April 29, had hit a personal best of 198,000 switched to the flagship ITV channel.

FIRST PUBLISHED 6:16PM, MAY 15 2017
The surge in viewers for the one-off main channel appearance of The Opening Show on 2,000 Guineas day was not repeated last Saturday