Can I have a drink on course? Tracks take different approach to alcohol measures 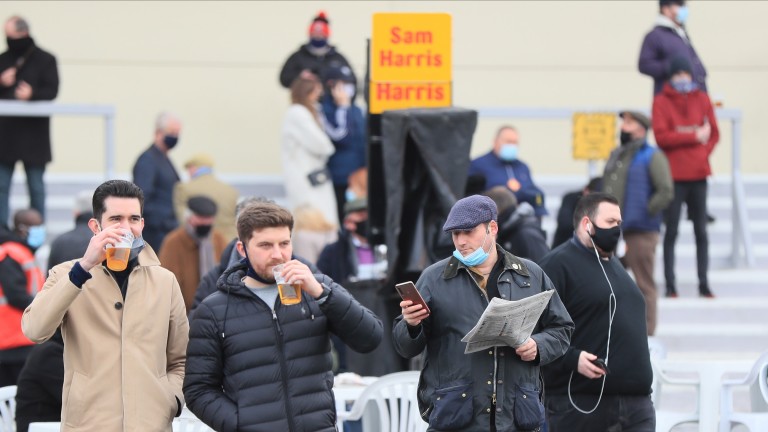 Punters returning to racecourses in England on Wednesday were able to enjoy an extra taste of normality after it emerged tracks were among a small group of venues able to serve alcohol without the requirement for a substantial meal.

Racegoers at Lingfield made use of the government guidance enabling stadia to provide drinks without the need for food, allowing them to take a seat outside and watch the eight-race all-weather card from the front of the stands with their beverage.

Lingfield was one of four racecourses to host spectators on Wednesday after the nationwide lockdown in England ended and the country moved into a tiered system of coronavirus restrictions.

All four venues are in Tier 2 areas, allowing up to 2,000 spectators, with cafes, pubs, bars, restaurants and social clubs in the same tier only able to serve alcohol to patrons with a substantial meal.

However, racecourses are exempt as part of the restrictions, alongside cinema, theatres and concert halls, provided the drinks are consumed by customers sitting where the action is taking place. Inside, drinks can only be served with a meal.

Government guidance for Tier 2 areas states: “In cinemas, theatres, concert halls and sports stadia, alcohol can be ordered at a bar to be consumed when seated in the auditorium or area where the screening/performance is taking place. This should be limited to only those with tickets.

“When it is to be consumed in the bar area itself, it must be part of a substantial meal and full table service must be provided.”

Racecourses are able to adopt an approach to serving alcohol which best suits them under the guidance and Mark Spincer, racing division manager for Lingfield’s owner Arena Racing Company, said: "You can have a pint of lager, take it outside and watch the racing from your seat while you have it.” 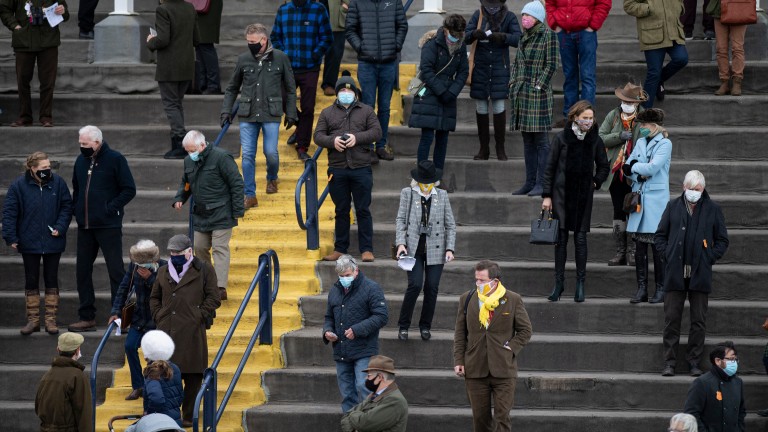 Alcohol was not being served at Haydock, with bars across the site shut, although owners were able to have a drink with their meals. At Ludlow racegoers had to be inside, or sat at one of three outdoor tables, while racegoers at Kempton can be served alcohol alongside a meal.

Dickon White, north-west director for Haydock’s owner Jockey Club Racecourses, said: “There is no alcohol in public areas, although it's being served in owners' and hospitality with a meal. Things are changing on a daily basis and we're monitoring the guidance published by DCMS.

"There's a little bit of confusion about what can and can't be done, but we've taken a decision not to serve alcohol in public areas today and at Aintree on Saturday. We're working very closely with our local authority and wanted to see how people behave."

Tom Kerr: You don't need to have a ticket to be thrilled racecourses are open again

FIRST PUBLISHED 4:17PM, DEC 2 2020
You can have a pint of lager, take it outside and watch the racing from your seat while you have it