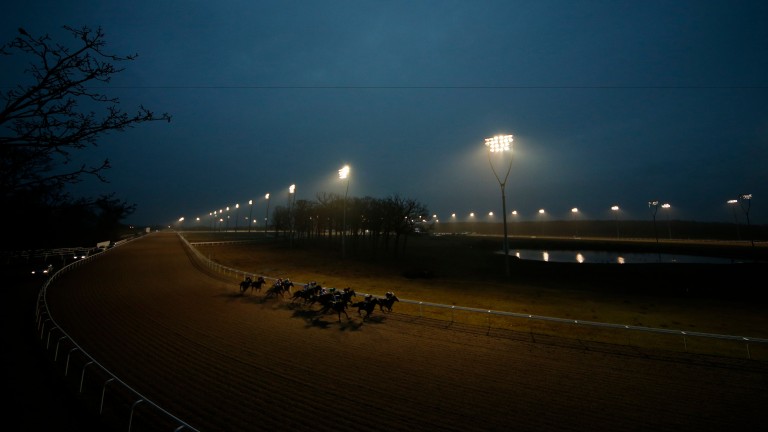 Chelmsford cited cost as a factor in not bidding for a bank holiday fixture
Alan Crowhurst
1 of 1
By Jon Lees 7:23PM, JAN 3 2017

The Racecourse Association has claimed a fuller bank holiday racing programme on Monday might not have delivered added benefits for the sport, as fixtures perform best when they have a set date in the racing calendar.

Tracks had a one-off opportunity to host an extra meeting this year, presented by Monday becoming a public holiday as New Year's Day fell on a Sunday, but in the event only the standard three fixtures took place.

The last time New Year's Day fell on a Sunday was in 2012, when there were four fixtures on January 2, one of which was staged at now-closed Folkestone, and next year January 1 will be on a Monday.

'Fixture would have to be self-funded'

Cost was cited as a factor in Chelmsford not bidding for a meeting, with the prize-money threshold for a self-funded fixture being £40,000.

RCA racing director Claire Sheppard said on Tuesday: "Racecourses are aware there is the opportunity to stage additional fixtures throughout the year, including on January 2.

"As any such fixture would have to be self-funded, a racecourse would have to meet the prize-money threshold for bank holiday fixtures, which is a minimum of £40,000 for a seven-race card. On top of this are other expenses associated with hosting a self-funded fixture, including integrity costs.

"With lots of racing over the festive period racecourses have turf constraints to consider, as well as the relatively high risk of abandonment at this time of year. We also know fixtures perform better when they have a fixed place in the diary, so staging a fixture on this one-off bank holiday may not have resulted in significant wider benefit to the sport."

The BHA was not surprised there was no take-up with the risk of turf meetings being lost to the weather in January, highlighted by the scheduling of a single jumps fixture on Wednesday and Thursday. There is also a busy all-weather programme already in place despite it being a time when the Flat horse population dips.

BHA spokesman Robin Mounsey said: "The prize-money threshold for bank holiday fixtures is £40,000, but we would judge any applications based not only on the prize-money contribution but also whether an additional fixture would be in the wider interests of the sport, including from the point of view of all affected stakeholders.”