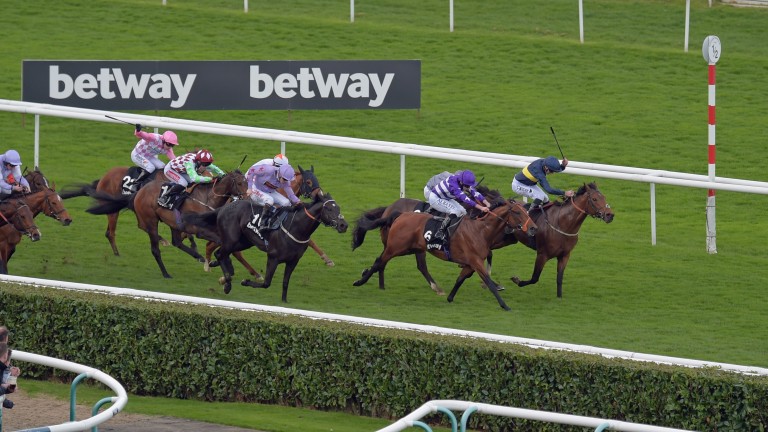 Bookmakers claimed on Sunday that the competitive and evolving betting landscape has left them far more vulnerable to the type of scenario that unfolded at Doncaster on Saturday when Ryan Moore came within a neck of a huge four-timer.

Bravery's defeat of Oh This Is Us in the Betway Lincoln was estimated to have saved the bookmaking industry anywhere between £20 million and £40m – and it was a payout firms would have been largely unable to avoid due to the way betting has changed.

Being able to place a bet online or on mobile – as well as the traditional methods in shops or at the track – has led to a more competitive environment, and the bunfight between bookmakers to attract customers includes concessions such as best-odds guaranteed and cashing out.

Such practices were not widely available until recent years – long after Frankie Dettori stunned bookmakers with his Magnificent Seven in 1996 – but with punters now able to lock in prices several hours before races start with no fear of having to take a shorter SP, bookmakers say they are more likely to be staring down big multiple payouts from modest outlays.

Best-odds guaranteed is mainly an online concession and not widely available in betting shops, and Simon Clare of Coral pointed out that his firm's liabilities on Moore multiples on Saturday were much greater in the shops compared to online.

He said: "Our liabilities were £2.5m in retail and £500,000 online. It was interesting that our hit in shops would have been worse, which suggests it was the more traditional punter who places his Ryan Moore TV acca each week rather than the younger audience."

However, he added: "Things have changed a lot since Dettori day. While our bigger liabilities were in the shops, even more people are taking prices these days. Our ability to limit losses on the day are limited – an awful lot is out of our control so we're just doing what we can to minimise the hit.

"The vast majority of people who bet day in day out are recreational punters. When a big-name jockey like Ryan Moore rides multiple winners on TV on a Saturday it's the perfect storm."

While Moore ordinarily is seen aboard horses with a favourite's chance that are priced accordingly, Saturday's Flat curtain-raiser on the turf was fiercely competitive and, with little recent form to go on, punters latched on to a high-profile name at big prices.

The proliferation of best-odds guaranteed as a concession for punters was evident with the treble paying 575-1 at SP, but much higher for those who got on early.

Betfair spokesman Barry Orr said: "The treble on the morning prices with us was 740-1, which is quite a significant difference."

The snowball effect of small stakes on big prices was evident with the collapse of Oh This Is Us's price before the Lincoln, from 14-1 in the morning to 7-2 by the off, with firms hedging money back into the betting ring in an attempt to minimise losses, something that would not have affected anyone who took advantage of any best-odds guaranteed offer earlier in the day.

Cashing out a bet before either the result or all parts of the bet have finished is another option for punters, made popular initially by Betfair, and Orr added that one customer had cashed out his Yankee after Moore's first three winners to scoop £50,000, whereas had Oh This Is Us succeeded, the payout would have been £250,000.

This summer 21 years ago Dettori was the darling of punters with his magical seven-timer at Ascot and the damage that would have done to bookmakers in this age would have been much worse, according to Clare.

"If Ryan Moore rode seven winners on QEII day, you could be looking a £60-80m payout, compared to £40m then," Clare said. "The betting business has grown and there are more channels, that was before internet betting had taken off."

FIRST PUBLISHED 2:44PM, APR 2 2017
The treble on the morning prices was 740-1 which is quite a significant difference

Celebrations all round as Good Birthday completes 131-1 treble for Jason Watson Ryan Moore: 'I try not to offend anyone but for me it's always about the horses' Apprentice Crehan made a clear mistake - but punishment doesn't fit the crime