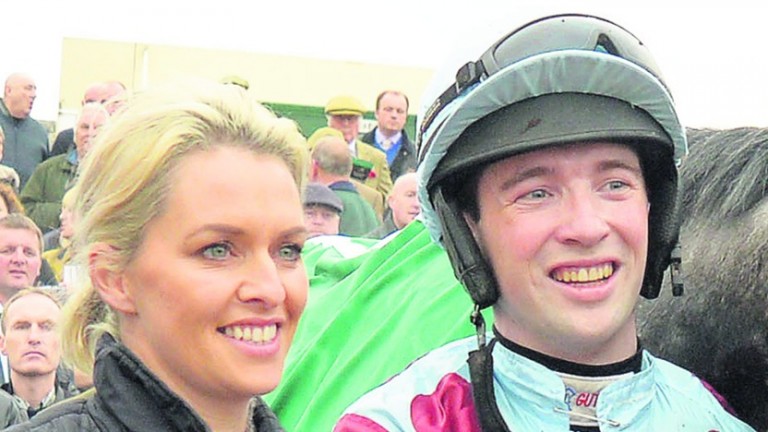 Rebecca Curtis and the highly rated Jonathan Moore seem to have ended their partnership
1 of 1
By Brian Sheerin 8:07AM, JAN 3 2017

Jonathan Moore's brief tenure as stable jockey to Rebecca Curtis appears to be over after the talented young rider's absence from Cheltenham on Sunday extended his absence on Curtis-trained runners to nearly three weeks.

Curtis sent out Shantou Flyer to win a handicap chase under Aidan Coleman at Cheltenham on New Year’s Day while Moore was in action at Fairyhouse.

Speaking about the possibility of the rising star continuing to ride for her, Curtis said: “We'll see. He was never fully committed to being over here. He has a young baby in Ireland. As long as we can get the best available we'll be happy with that."

The apparent split would come as a surprise to many as Moore has ridden 20 winners from 90 rides for Curtis this season, including the highlight of his career thus far when he won the Charlie Hall Chase aboard Irish Cavalier for the stable in October.

Having started life with Noel Meade, for whom he still rides, Moore has also enjoyed success in the colours of Gigginstown House Stud and JP McManus and is considered to be one of the hottest properties in Irish racing.

The 22-year-old, who declined to comment on the current situation, had been hoping to balance riding in Ireland as well as fulfilling his commitments to Curtis, but it would seem that arrangement has come to an end.

Moore rode 42 times in Britain in November and won eight races but won on just two of his 15 rides in Britain in December. He has not ridden for Curtis since finishing second on Aurillac at Newbury on December 14.

FIRST PUBLISHED 6:47PM, JAN 2 2017
He was never fully committed to being over here. He has a young baby in Ireland. As long as we can get the best available we'll be happy with that