Light Of Air the pick as mob-handed Moore targets repeat 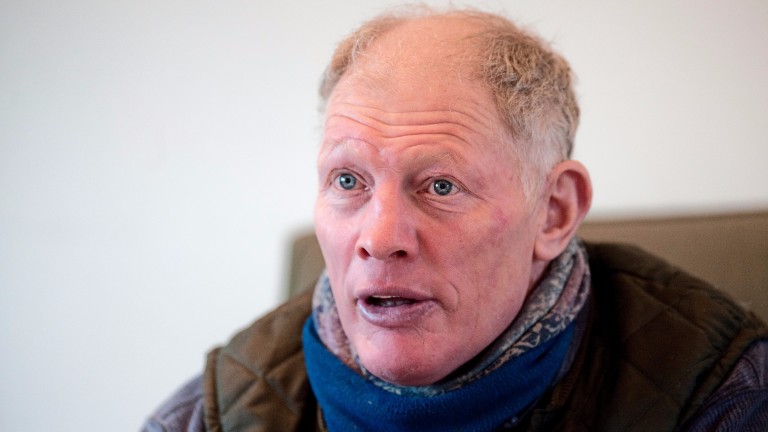 Gary Moore won this £20,000 prize with the classy, but ill-fated Violet Dancer in 2013 and saddles three runners as he bids to repeat the trick at one of his favourite tracks.

Light Of Air, who will be ridden by Moore's oldest son Jamie, seems the pick of the trio, although Imari Kid had a higher rating on the Flat, while jumping could be the making of Persaverance.

Cannon chance
Alan King's stable jockey Wayne Hutchinson is at Exeter on Friday, so Tom Cannon, who has a burgeoning link with the trainer, picks up the ride on Dino Velvet, who was running a decent race when falling at Cheltenham last month.

Martin Keighley, trainer of Buckle Street
He ran a cracker for us on the Flat last time. He came out of the stalls slowly and was last all the way - sitting and suffering at the back - but as soon as the cutaway came he flew home to finish second. That was in a two-mile Flat race so he's got loads of stamina. Sandown will suit and his schooling has been really good. He'll run a good, solid race.

Alan King, trainer of Dino Velvet
He fell first time out at Cheltenham but he’s schooled fine since and his confidence doesn't seem to have been affected. He was a little fresh that day and he ought to settle better with the run behind him. Cheltenham was a promising start – he'd have been second or third if he hadn't fallen.

Gary Moore, trainer of Imari Kid, Light Of Air and Persaverance
I like Light Of Air quite a lot - he's a nice horse. He wants softer ground than he'll get and will want all of the stiff two miles, but he's talented. He saves a bit for himself so I hope jumping brings out more improvement than what he's shown on the Flat. Imari Kid is probably the classiest Flat horse of my three, but he's got to settle. If he doesn't settle we're in trouble as he's as free as a wing. He did last time on the Flat though and won well. He's another who wants cut in the ground, while Persaverance is a bit of an enigma. He's not as bad as his form looks and he's a big, nice-sized horse.

Dan Skelton, trainer of Montrachet Mix
It's his debut and he's a baby so is going to improve a lot on what he does, but he's a nice horse for the future.