Punting pointers: Moore happy for Gossiping to do the talking on Roodee debut 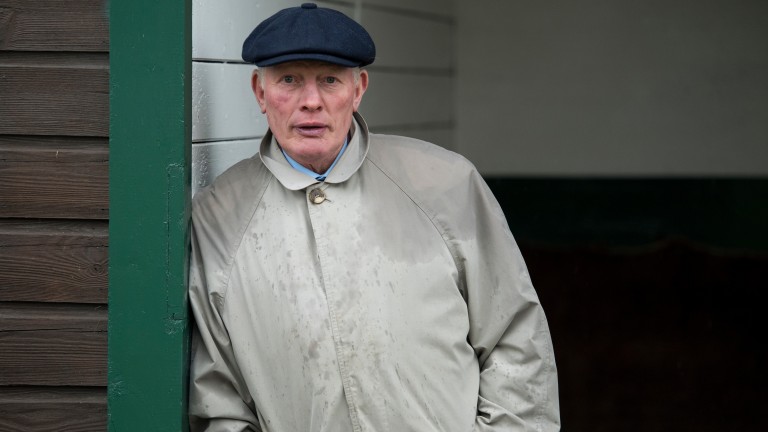 Gary Moore: Gossiping represents the Sussex trainer
Edward Whitaker
1 of 1
By Andrew King UPDATED 10:54AM, MAY 11 2018

Gary Moore has never been a trainer who sends horses on wild goose chases and the fact that Gossiping makes the near 450-mile round trip from West Sussex to Cheshire is probably a pretty good tip in itself.

The six-year-old had a handful of runs on the all-weather this winter but on his switch back to turf he looked a shade unlucky not to finish closer than ninth at Newmarket last month and Moore is hopeful the sharp track will not inconvenience him.

He said: "He seems in good heart at present and did not really get the run of the race last time and, although this will be his first run at Chester, I don't think it will be a problem as he has handled the turns at Kempton and Lingfield – they are not as sharp but they can catch horses out.

"He's a nice horse and has a nice draw in stall five – if he can pop out and get a position he should be fine. He might prefer a bit of cut in the ground so if it rains that is not a worry and he has his chance."

In much calmer waters

South Seas takes a huge drop in class on his comeback outing as he was contesting a Group 1 at Deauville a year ago but has not been seen on racecourse duty since. He gets in the contest with joint top weight of 9st 7lb but should find this company more to his liking.

His trainer Andrew Balding said: "He has been off the track for just under a year and the likelihood is that he will come on for the run, but I would like to think he is the type of unexposed horse who can do well over the summer months this time.

Explaining his absence, Balding added: "He was just out of sorts with himself last year after running in France and we decided to give him the time off for the remainder of the year. He has been gelded in the close season and seems on much better terms with himself now." 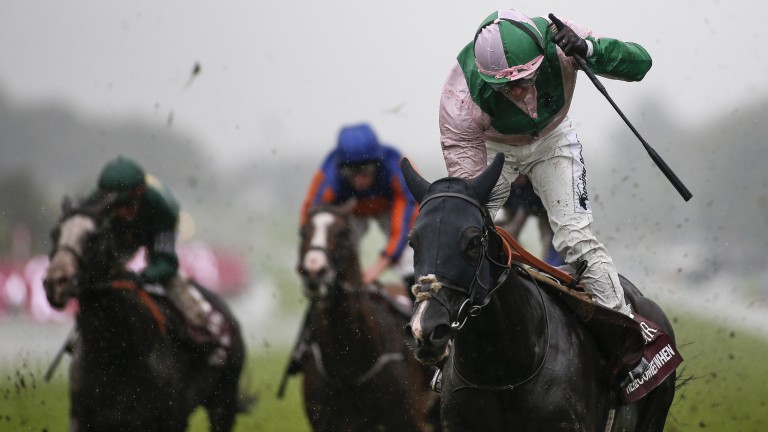 A stat which carries weight

Balding last won this race in 2014 with last year's Sussex Stakes hero Here Comes When. He was one of six winners in the last seven runnings to carry 9st or less.

In last year's renewal, none of the first eight home carried anything over 9st and, other than the draw, there can't be a much greater negative than to have a big weight in this event.

The first five horses in the handicap will all be carrying over 9st, including the forecast favourite Muntadab.

Tom Dascombe, trainer of Arcanada, Calder Prince and Mickey
We entered all three horses in the hope that one of them would get a good draw, but it has not worked out that way for any of the trio as they are boxed out wide in 14, 15 and 12 respectively. Arcanada also holds an entry at Haydock on Saturday and he would prefer quicker ground than may well be on offer at Chester and it looks like being faster at Haydock – so we will have to wait and see.

Brian Ellison, trainer of Baraweez
He ran well enough when fourth at Doncaster the other day and has a good draw for a change as that has not always been the case. I would be hopeful the course will be fine as he has run well on turning tracks in the past.

Richard Fahey, trainer of Rene Mathis and Penwortham
Rene Mathis is completely out of form and not running well. I don't know why but I am hoping he bounces back. Penwortham loves the track and he's in great form.

FIRST PUBLISHED 6:00PM, MAY 10 2018
I don’t think it will be a problem as he has handled the turns at Kempton and Lingfield - they are not as sharp but they can catch horses out