Moore aboard War Decree as O'Brien fields three in Derby 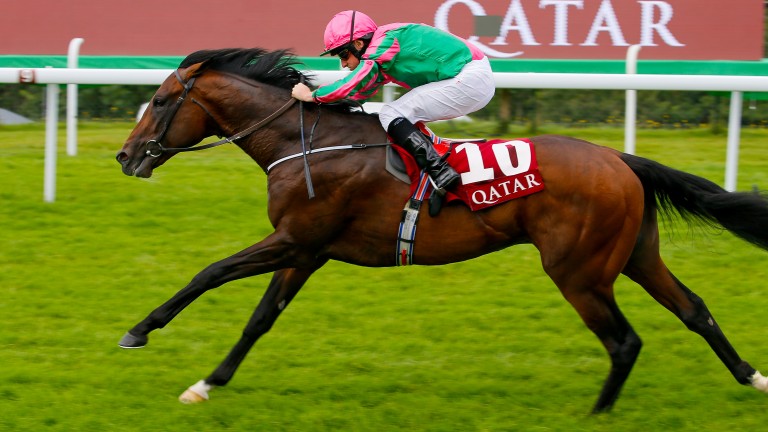 Ryan Moore will ride Vintage Stakes winner War Decree on Sunday as he goes in search of a second win in the Qipco Prix du Jockey Club, after landing the race aboard The Grey Gatsby in 2014 for Kevin Ryan.

Aidan O'Brien, who is yet to win the race, is also represented by Orderofthegarter, who will be ridden by Seamie Heffernan and wears first-time cheekpieces, while son Donnacha will be aboard Taj Mahal.

Whitecliffsofdover was the only absentee as a field of 12 were confirmed for the €1.5 million Classic, for which Coral's 15-8 remains the best price about favourite Brametot, after the Poule d'Essai winner was drawn in stall one.

William Buick will break from gate three on Bay Of Poets, while James Doyle is in stall seven with stablemate D'Bai, and Frankie Dettori is drawn four aboard Rivet.

The going at Chantilly was officially good (GoingStick reading of 3.1) on Thursday with officials aiming to maintain the going within that sort of range ahead of Sunday.

France Galop's director of racing Francois Boulard said: "There is a chance of some showery rain on Friday evening or Saturday morning but it is difficult to predict.

"5mm of water will be put down on Thursday night and then we will take a view on Saturday, depending on whether any rain has fallen. Sunday will be dry and the aim is to provide good ground."