Montaly has a smashing time – thank heavens for the prize-money 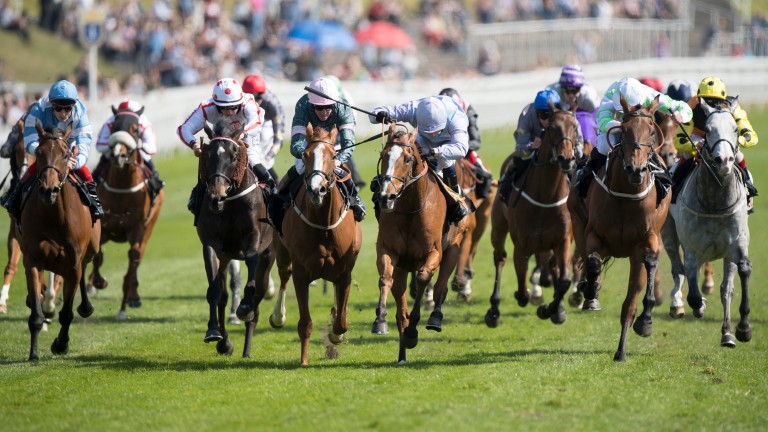 Smartphones tend not to come cheap, so it's just as well there's the trainer's share of a £73,908 first prize to help pay for a new one.

Anna Lisa Balding is quick to describe Montaly as "quirky", but the chances are that a rather ruder word came to mind when the six-year-old lashed out at her in a frightening incident before the 188Bet Chester Cup.

She was giving Oisin Murphy a leg up on the stayer, who is trained by her husband Andrew, and was lucky to escape injury – but her phone came off decidedly second best in the encounter with half a ton of horseflesh. 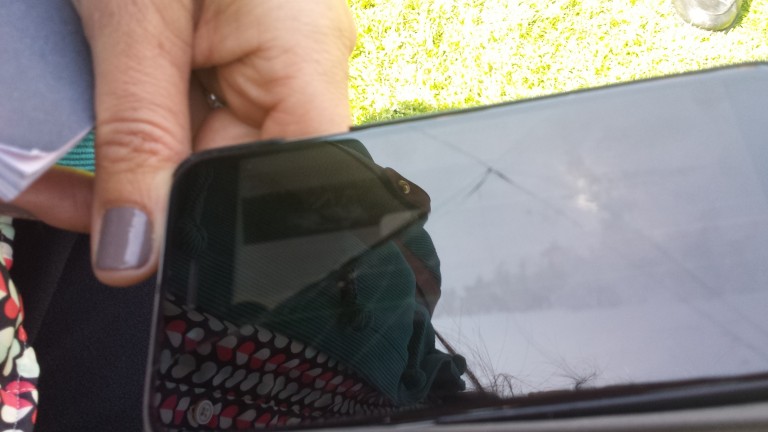 So it's just as well that ten minutes later the "less than straightforward" horse returned to the winner's enclosure victorious after landing his first success since 2014 in one of the biggest staying handicaps of the season.

"I was legging up the jockey and he kicked with his near-hind," Balding said. "I was very, very lucky. He hit my bag with my smart iPhone in, which is not so smart now!"

There are certainly no hard feelings as she said: "He's such a special horse, he's not straightforward and he has quite a few issues, so this is even more special. Stef Higgins, who rides him at home every day, does an amazing job.

"Those who aren't straightforward are more special. He's from a quirky family, and very few good racehorses aren't quirky."

Not too quick after all

The smashed phone may have helped Montaly, as there was no chance Balding could make a late call to her husband to express concerns about the quick ground.

He has been withdrawn in similar circumstances before and she said: "We thought it was going to be too quick for him. The clerk of the course said we would be racing on the good side of good to firm – I don't think that's what it is, but there is a very good cover of grass.

"It was fresh ground with a good cover, so it was a risk worth taking."

That did not appear to be the case for much of the 2m2½f journey and Montaly only really started making ground from over a furlong out, but his strong late run took him to the front close home.

He scored by a neck from the prominently ridden Yorkidding, with Fun Mac another three-quarters of a length away in third.

"I'm really so shocked," Balding admitted. "It's wonderful for the owners, they've been so patient, they've been round the country in the last year without him even running. So to get them to Chester and him winning is what it's all about."

Montaly races in the colours of Sir Charles Hobhouse's Farleigh Racing and was scoring his first win since August 2014, although he was a close second in the Old Borough Cup at Haydock last autumn.

"He has been very unlucky," Hobhouse said. "He looked promising in 2014 but he lost time through an injury. Last year he should have won at Haydock but Oisin has paid us back here."