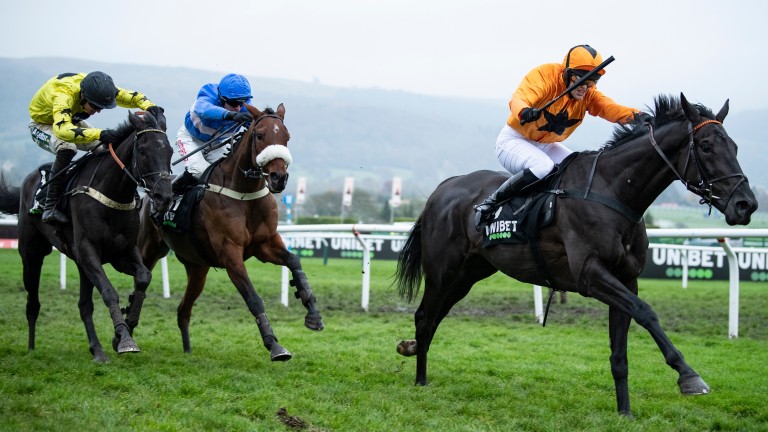 Monsieur Lecoq's connections are considering using next weekend's PCI Irish Champion Hurdle as a possible stepping stone to a Champion Hurdle challenge at the Cheltenham Festival, although other races remain viable alternatives.

The Jane Williams-trained six-year-old, who won the Welsh Champion Hurdle on his first start of the campaign, finished a half-length third in the Greatwood Hurdle and was most recently second behind the exciting Not So Sleepy at Ascot.

Lizzie Kelly, who partnered Monsieur Lecoq to two wins last season, said: "There are a couple of options and he's entered in the Irish Champion Hurdle at Leopardstown, but we'll see how his work is over the next few days."

The Grade 1-winning jockey suggested that a good run could encourage connections to dream big at Cheltenham.

She added: "It's obviously a big step up with Honeysuckle and Envoi Allen entered but if you finish third, with the possibility of those two not running at Cheltenham, you'd be confident of a good performance in the Champion Hurdle.

"There's the race up at Kelso and the Kingwell at Wincanton too. It's a fact-finding mission to see how good he is. If we were going to go for the Champion we'd have to run in a hot race beforehand to see whether it's worth going for it."

Monsieur Lecoq is a general 25-1 shot for the Irish Champion Hurdle on February 1, while he is available at 33-1 for the County Hurdle and a 100-1 outsider for the Champion Hurdle at Cheltenham.

Warren Greatrex's stable star sparkled at the Dublin Racing Festival last season when landing the Flogas Novice Chase. The nine-year-old looks likely to make a return trip and take her chance in the Irish Gold Cup, for which she is a 20-1 chance with Ladbrokes.

Age is but a number and Simply Ned, at 13 years' young, has proven that in abundance. A two-time winner of the Grade 1 Paddy's Rewards Club Chase, Nicky Richards' veteran could only finish fourth this time to A Plus Tard but could bid for revenge in the Dublin Chase.

It is not a surprise to see a Harry Fry-trained runner among the entries. He saddled Hell's Kitchen in the handicap chase on the opening card two years ago and the Dorset-based trainer could bid to improve on that pulled-up effort with the lightly raced seven-year-old Onefortheroadtom. Second at Punchestown in May, JP McManus's gelding has not yet fired this term but could redeem himself at the weekend.