In the second part of a week-long series, we take a look at one famous Grand National gamble that didn't quite work out. . .

Versatile, battle hardened and a sound jumper, Monkerhostin had all the attributes necessary to be a top-class chaser. The £600,000 in prize-money he accrued throughout his career confirms he delivered on that promise.

However, was he the right sort to be a Grand National horse? Punters clearly thought so, leading to a significant gamble on the day of the Aintree marathon in 2007.

The ten-year-old was a 33-1 chance in the days leading up to the race, but the Philip Hobbs-trained runner shortened markedly on the morning of the contest and into the afternoon. With 45 minutes to go he was a 12-1 shot. Then 11-1. Then 10-1. The sizeable gamble continued until the start of the race, with Monkerhostin setting off one of the 8-1 co-favourites, the others being Point Barrow and Joes Edge.

Monkerhostin's back catalogue of form screamed class. The highlights were his 2004 Coral Cup win at the Cheltenham Festival, his agonising neck defeat to Kicking King in the 2005 King George at Sandown and a respectable fourth behind Kauto Star in the previous month's Gold Cup.

However, there were question marks about the trip. While he had run admirably several times over the Gold Cup trip, the Grand National was a further strain on the stamina and he was once considered quick enough to contest a Betfair Hurdle and a Tingle Creek.

The Grand National represented a first dip into handicap company for nearly a year and demanded plenty off a mark of 152, which equated to a significant burden of 11st 6lb to carry over the 30 fences.

In the end, the weight played no part as Monkerhostin did not jump 30 fences.

Settled in rear, he jumped the first six obstacles well enough for Richard Johnson. The legions who had played their part in the gamble soon knew their fate however, with the co-favourite refusing at the smallest fence of them all, Foinavon. 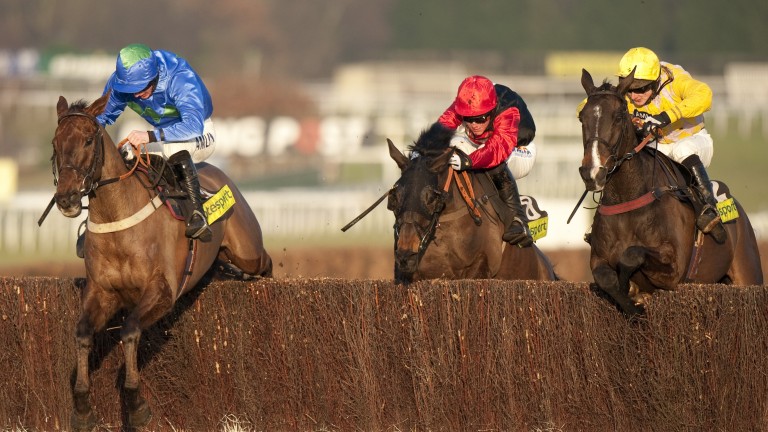 Interestingly, the other co-favourites suffered a similar fate in a race won by 33-1 shot Silver Birch. Neither completed, with Point Barrow falling at the first and Joes Edge being pulled up on the second circuit.

Monkerhostin still had another big win in him in the following season's bet365 Gold Cup at Sandown, but he never returned to Aintree after his National flop.

FIRST PUBLISHED 3:37PM, APR 1 2019
The ten-year-old was a 33-1 chance in the days leading up to the race, but the Philip Hobbs-trained runner shortened markedly